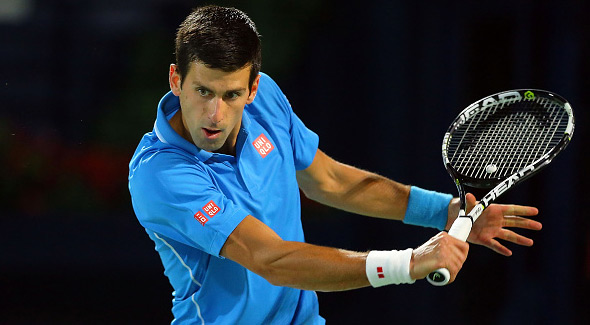 Novak won 83% of his first service points. He broke Ilhan five times from seven opportunities and saved all three break points he faced during the first career encounter between the two.

The Serbian star improved his record at the tournament to 33-4.

“He lacks a little bit of experience and confidence on being in the big stadium,” Novak said. “That’s where I used my opportunity. I made a double break, and I felt like I was in control of the match. I didn’t allow him to get into the groove.”

Novak will play against no.4 seed Tomas Berdych on Friday about 19.00 local time.

It will be their 20th career meeting, Nole leads their H2H 17-2. The Czech has finished runner-up in Dubai the past two years.

“Tomas is an established top 10 player, one of the biggest rivals on the tour. I think he’s the best player in the world that hasn’t won a Grand Slam yet, next to Ferrer. He has a powerful game, big serve, he’s won against all the top players on different surfaces… I’ll try to use my opportunities from the back of the court, mix up the pace and not give him the same rhythm, because that’s what he likes.”

Roger Federer (SUI, 2) will face off against Borna Coric (CRO, LL) in the first semi-final.