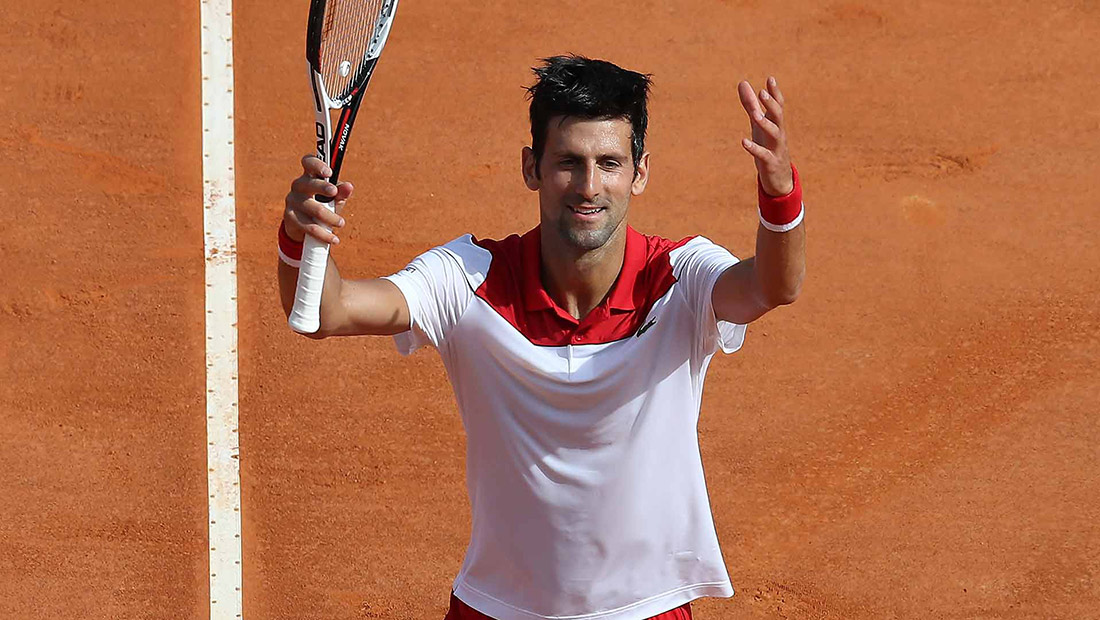 Ninth seed Novak Djokovic withstood a strong challenge from world no.39 Borna Coric to advance at the Monte-Carlo Rolex Masters on Wednesday.

Novak won 67% of his first service points and was 8/14 on net approaches in a two hour, 15 minute contest at the Court Rainier III.

It was a stern test for Djokovic. He gained advantage breaking the talented Croat in the fourth game for 3-1. Coric fought back in the seventh game, and after an even first set, the Serb edged a tiebreak to go ahead in the battle.

The players had traded break at the beginning of the second set, before Nole broke again and held to go up 3-1. He kept the advantage until late in the set and even had the chance to wrap up a win in the ninth game when he earned two match points. However, Borna fended them off and saved seven more in the 10th game before breaking Novak’s serve to level at 5-5. Djokovic regained the momentum prior to a tense finale. He made another break in the 11th game and served it out on his 10th match point.

“I started match pretty well, 4-1 up… he then started making less mistakes. It was a close set, but I played a very good tie-break,” Novak said. “After that, again started very well, held my serve, a couple of chances for double break and match point 5-3 up… but I’m really happy with the way I stayed focused after that. I haven’t played many matches in the last 9-10 months… it was a great test and it was a good win.”

The 12-time Grand Slam champion will take on no.5 seed Dominic Thiem on Thursday. Novak leads 5-1 in their ATP Head2Head, but the Austrian won their last match – the 2017 Roland Garros quarter-final.

Thiem, who is one of the ATP World Tour’s strongest performers on clay courts over the past two years, reached the third round battling past Andrey Rublev of Russia in three sets, 5-7, 7-5, 7-5.

Looking ahead to the last 16 challenge, Novak said: “He is one of the best players in the world, probably top 3 on this surface. He has a powerful game, he is motivated to do well… Hopefully I can have another great match tomorrow.”