Novak: Shoulder is alright, I’ll be ready for US Open! 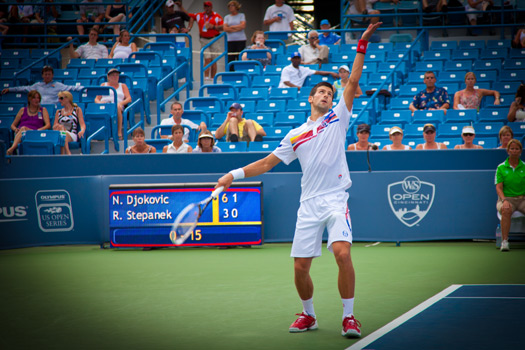 Nole is confident he will not be affected by a shoulder injury as he bids to capture a third grand slam of 2011 at the US Open.

The world number one was forced to retire in the second set of the final of the Western and Southern Open against Andy Murray in Cincinnati last Sunday.

That withdrawal was just the second defeat in 57 matches for the Serbian in 2011, during which he has collected the Australian Open and Wimbledon crowns.

Following three days of complete rest, the 24-year-old tested out the shoulder with no adverse consequences, suggesting he remains the man to beat in the final slam of the year at Flushing Meadows.

„The shoulder is not bad, the shoulder is OK. I can serve, I can do forehands which is good. All I needed was a couple of days rest, that’s all I needed.There is no major issues, no major diagnosis, no torn muscle, just a minor inflammation because of all the matches I had played and that’s all.“