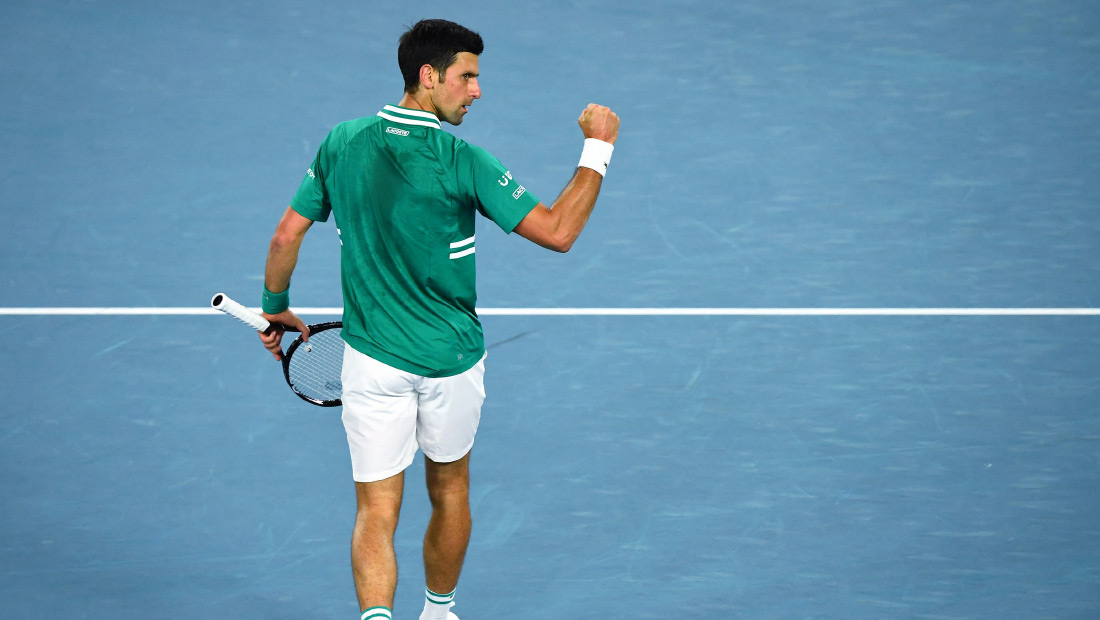 Novak produced a tennis masterclass to beat Jeremy Chardy in straight sets as the world no.1 got off to the perfect start at the 2021 Australian Open.

In his 84th match at Melbourne Park, defending champion Novak Djokovic needed just 91 minutes to storm past Jeremy Chardy and reach the second round for the 15th consecutive year. The eight-time titlist beat the Frenchman 6-3, 6-1, 6-2 on Rod Laver Arena to notch his opening-round win.

Djokovic is now holding an 76-8 W/L record at the tournament.

Novak converted six of his 13 break point opportunities. He broke Chardy twice in each set, and didn’t face a break point during the contest to improve to a perfect 14-0 in their H2H.

The Serbian star won 86% of points behind his first serve and was 18/24 on net approaches. He closed out the dominant display with an ace.

“It’s an ongoing love affair between me and this court. Hopefully I can have many great matches with these types of performances,” Djokovic said. “I wanted to start off well. It’s my most successful and favourite court over the years. It feels great and it makes my heart full to see a crowd in the stadium again.”

Novak goes on to face 64th-ranked Frances Tiafoe on Wednesday, after the American defeated Stefano Travaglia of Italy, 7-6, 6-2, 6-2.

It will be the first career meeting between the two players.

On playing Tiafoe next, Djokovic said: “I think it is going to be the first time I get to play against him, I look forward to it. He is one of the young, up and coming American players. I look forward to the next challenge.”