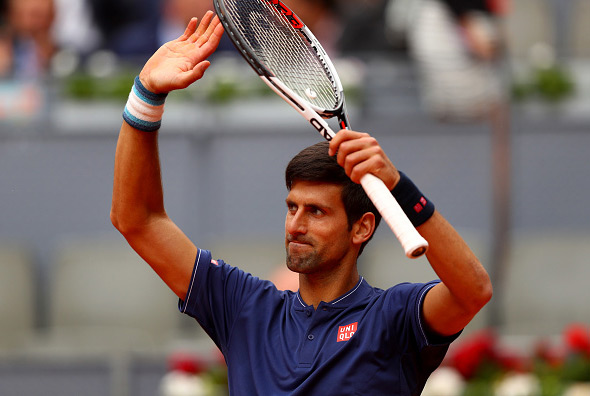 The two longtime rivals have met for an unprecedented 50th time in their ATP H2H series (26-24). Nadal recorded his first victory since the 2014 Roland Garros final.

Novak struggled to find his rhythm, as Nadal made an early statement at La Caja Mágica with two breaks of serve, in the first and third games.

Rafa continued his run of form in the second set, breaking in the opening game. Nole managed to fight back and level at 2-all, but the momentum shifted again to Nadal’s side, as he broke once again. The 29-year-old Belgrade native earned a break point chance in the 10th game, but the Spaniard saved it and closed it out on his third match point after one hour and 38 minutes of play.

“Rafa was obviously a better player today. He deserved to win. He was controlling the game from beginning to the end,” said Djokovic. “His quality was very high and he managed to do whatever he wanted, especially in the first set. He did get the better of me in most of the stats today, most of the shots. I tried my best. It wasn’t a very high quality of tennis from my side. I made a lot of unforced errors, especially in the first set. I felt like I was playing well throughout the week. I could have played better today. But, again, I just had an opponent that was too good. It’s just one of these days where your opponent is playing better than you, and you have to be able to say ‘congratulations’ and move on.”

Next tournament for Novak will be the Internazionali BNL d’Italia from May 14-21.

The Serbian tennis ace will open his campaign in round 2 against either Italian wild card Gianluca Mager (ATP #362) or a qualifier.