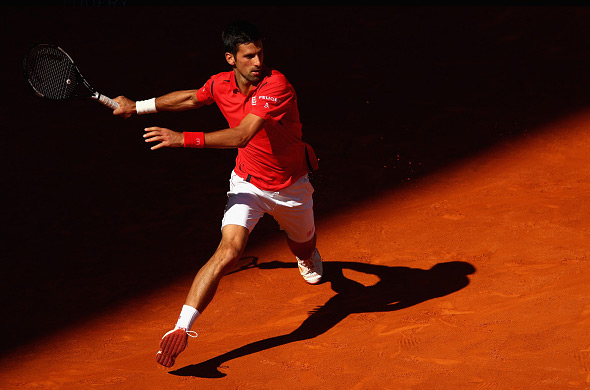 The 2011 champion needed just 68 minutes to reach the quarter-finals of the Mutua Madrid Open, an ATP World Tour Masters 1000 clay-court tournament in the capital of Spain.

Novak capitalised on five of his eight break point chances and denied his rival a single break point opportunity.

“Everything worked very well. I didn’t give him too much time. I think I used the variation of my shots, opening up the court – flat, down the lines, slices and, also, different rotations on the serve. I’m very, very pleased with the performance.”

Djokovic will next play against Milos Raonic (CAN, 11) (def. Tsonga in straight sets).