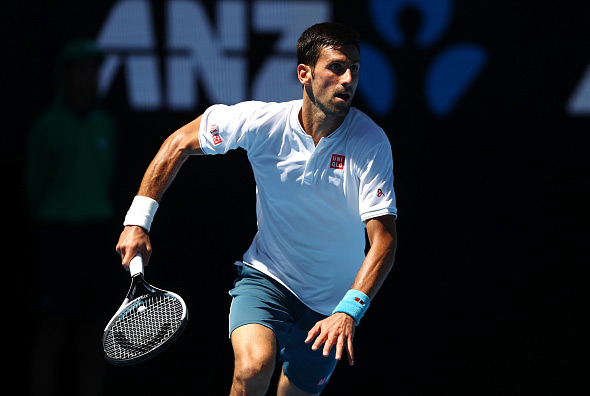 Novak’s hopes of claiming a seventh Australian Open title were dashed when the world number two suffered a surprise 6-7 (8), 7-5, 6-2, 6-7 (5), 4-6 second-round defeat to 117th-ranked Denis Istomin of Uzbekistan on Thursday.

It was the pair’s third meeting at Melbourne Park, following 2010 and 2014 matches that both ended in straight sets wins for Djokovic.

The defending champion seemed to struggle on Rod Laver Arena and his game was littered with uncharacteristic errors during the marathon four hour, 48-minute contest.

Novak saved six break points to secure the first service hold. The opening game lasted 16 minutes. He eventually lost the first set, going down 10-8 in the tie-break in one hour and 25 minutes, after failing to convert two of his own set points.

The Serb fought back and took the second and third sets to surge ahead.

However, he struggled with consistency and serve throughout the remainder. Istomin came back in the fourth set to level the match, decisively closing out the tie-breaker with an ace.

The 30-year-old from Tashkent, who played the match of his life, broke in the fifth game of the fifth set and remained strong on his own serve to clinch the biggest win of his career.

“All the credit to Denis for playing amazing. He deserved to win. No doubt, he was a better player in the clutch moments,” said Djokovic. “He stepped it up, played aggressive. Served very well, very precise. There’s not much I could do. I was not pleased with my performance overall. But, you know, I have to congratulate my opponent today. Whenever he needed, he came up with big serve, big play. All I can say is hats down.”

It is Novak’s earliest Grand Slam exit since Wimbledon 2008, when he lost to Marat Safin in the second round.