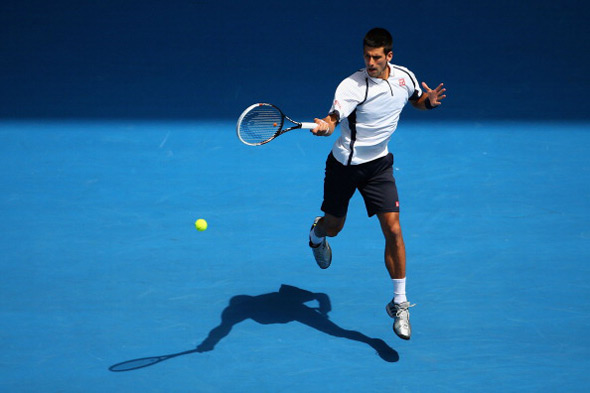 Two-time defending champion and top seed Novak Djokovic advanced to the last 16 at the Australian Open with a 6-4, 6-3, 7-5 victory over Czech Radek Stepanek (31) in two hours and 22 minutes on Friday afternoon.

Djokovic is through to the fourth round at Melbourne Park for the seventh year in a row.

The 34-year-old Stepanek kept pace with Novak for most of the match, but the Serbian star stepped up his game to break the Czech late in each set.

“I wasn’t expecting an easy match coming into the third round and playing a seeded player. He loves the big stage. You saw how much fun he had. I also had a lot of fun playing. It was a very entertaining match,” Novak said.  “It was working well for him today. It was three close sets. I felt that I had much more chances on his serve than he had on my serve. Maybe I could have won the third set earlier. But credit to him, he always played well when he needed to. So it wasn’t an easy match.”

It will be their 14th career encounter, Novak won the last ten matches (11-2 record).