Novak through to second round as Klizan retires 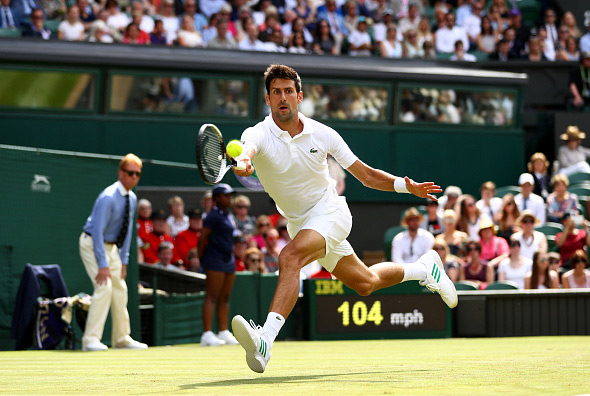 Second seed and three-time former champion Novak Djokovic is through to the second round of Wimbledon after Martin Klizan pulled out with a calf injury, trailing 3-6, 0-2, 0/30.

Novak took the first set with a break in the eighth game, and broke the injured Slovak again in the opening game of the second set. Klizan couldn’t run for any shots coming his way and was forced to retire after 40 minutes of play.

“It was great to be back on Centre Court, the cathedral of tennis, where I have many special memories,” Djokovic told BBC Television. “You never like to end up a match this way, but I heard that Klizan had issues even before walking on the court. You could see he wasn’t moving. I tried to focus on my game plan. I thought I served well, but didn’t do so well on my returns.”