Novak tops Kavcic to reach Round 3 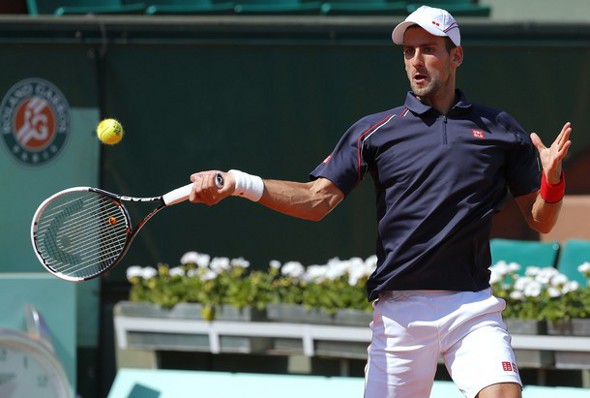 Top-seeded Novak Djokovic defeated Blaz Kavcic 6-0, 6-4, 6-4 in two hours and 14 minutes in the second round at the French Open on Wednesday.

With the straight sets victory on Suzanne Lenglen, Nole improved to 2-0 lifetime against the Slovenian.

Novak raced through the opening set with a triple break in just 23 minutes.

He opened the second set with a solid hold. Kavcic finally managed to win a game on his serve and from that moment both players showed some superb tennis. Nole lost his focus and concentration in the third game. Kavcic made a break and consolidated it for 3-1 lead. The 25-year-old Serbian star fought back in the eighth game to level at 4-4 and broke his opponent once again for two sets to love advantage.

The third set went on serve until the tenth game, when Djokovic converted his fourth break/match point to book his place in the third round of Roland Garros.

“He was defending really well in the second and third sets, especially in the second,” said Novak. “I gave him the opportunity to come back to the match after a perfect first set, first seven games. Of course I didn’t underestimate my opponent today. I expected him to fight. I expected him to come back. He didn’t have anything to lose, and he showed his quality and it was a really, really great second and third set.”

“I’m happy with the game overall. I think everything was working really well. I’m feeling better and better every match.”

They have never played against eachother before.