Novak upset by Tsonga in Toronto 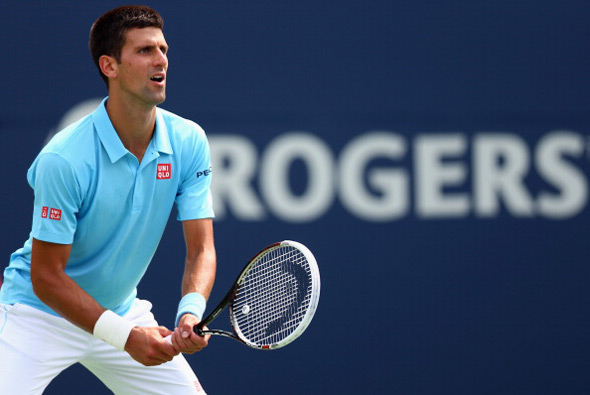 Top seed and three-time former champion Novak Djokovic suffered a 6-2, 6-2 defeat to 13th-seeded Jo-Wilfried Tsonga in the third round of the 2014 Rogers Cup on Thursday.

Novak was broken twice in each set, and failed to convert the only break point he earned during the 63-minute encounter.

It is the sixth win for the Frenchman in their 19 career meetings, the first since the 2010 Australian Open.

“Congratulations to Jo,” Djokovic said following the match. “He played some great tennis, served very well. He was obviously the better player on the court. I hadn’t played even close to what I intended before going to the court. Just nothing was going. No baseline, no serve, no return. Generally a very bad day, very poor performance. Couldn’t do much.”

Novak is heading to Cincinnati, where he will play at the Western & Southern Open (10-17 August), the only Masters 1000 event he still hasn’t won.

He will attempt to complete a sweep of the ATP Masters 1000 tournaments and become the first singles player to win all of the ATP World Tour’s nine premier events.