Novak vs J.C.Ferrero in R1 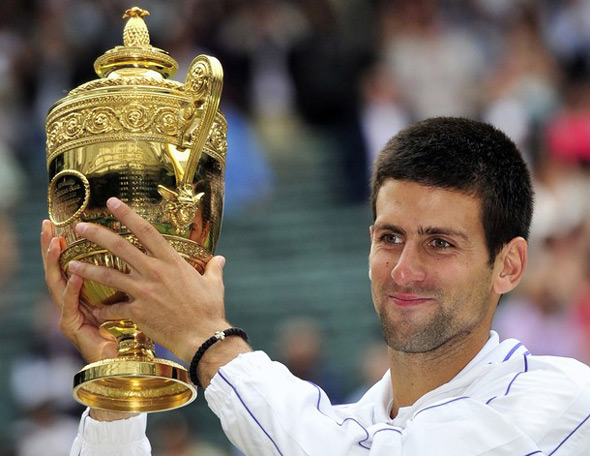 The draw has been made for Wimbledon, the most prestigious tennis tournament in the world.

The third Grand Slam of the season will be held from June 25 till July 8, 2012, at the All England Lawn Tennis Club.

128 players will be fighting during the two weeks for The Championships title and 2000 ATP points.

Last year, Nole realised his lifelong dream lifting the trophy for the first time, when he beat Spaniard Rafael Nadal in four sets 6-4, 6-1, 1-6, 6-3 in the 125th men’s singles final.

The 25-year-old Belgrade native is defending 2,000 points, Nadal 1200, Federer 360, and they’re all in contention to hold top spot after The Championships.

Novak has held the no.1 ATP Ranking since July 4, 2011, and he should reach the final to ensure that he remains ahead of his rivals.

In his eighth appearance at Wimbledon, the top seed will open his title defense campaign against former world no.1, currently no.38 in the ATP rankings, Spaniard Juan Carlos Ferrero.

They are tied 1-1 in H2Hs. Ferrero won their first match in Umag 2005 on clay, while Novak won their 2007 encounter in Madrid on hard court.

“He definitely has a lot of experience playing on the big stage, so I’m not underestimating him, that’s for sure,” Novak said about his first round rival. “It’s going to be a good first round match. Everybody who follows tennis, especially us, the tennis players, we really respect him a lot. He was number one of the world; idol of many generations back in Spain; he’s a Grand Slam winner; Davis Cup winner; someone that people really appreciate. After everything he has been through, he is still trying to go back to the top. He is always dangerous. If you look at him now, I think he’s playing equally well as he was playing four, five years ago. Now it’s just a matter of his fitness obviously and his confidence on the court.”

In the second round Djokovic will play against the winner of the match between world no.53 Ryan Harrison (USA) and no.55 Yen-Hsun Lu (TPE).

These are Novak’s potential opponents in the later stages of the tournament:

The world no.1 is looking to win his third title of the season after triumphing in Melbourne and Miami.