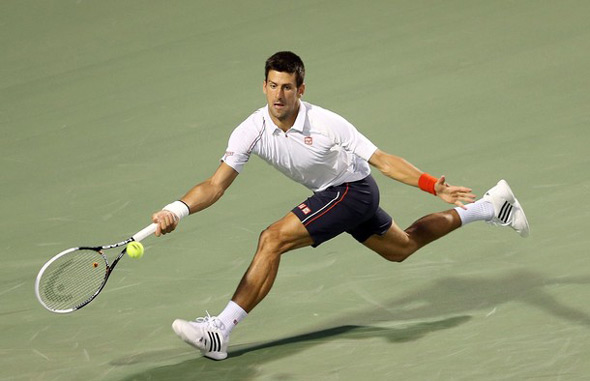 Nole moved to the third round in Cincinnati on Wednesday.

World no.2 and last year’s runner-up fired 6 aces and broke serve 2 times as he opened his Western & Southern Open campaign with a 7-6(4), 6-2 victory over Andreas Seppi.

Novak wasn’t at his best in the second round clash against the Italian. He failed to convert six break point opportunities in the first set, three of which were set points, but won a tie-breaker 7-4 to take a one set lead.

The 25-year-old Belgrade native took the early initiative in the second set, made a double break and served out the set and match 6-2.

“I don’t think I have done anything special today,” said Djokovic. “Really just trying to put another ball more in the court than my opponent today was enough to win. Obviously not very satisfied with the performance. I will have to play much better than I did today in order to go far.”

Nole is coming off a strong week, which saw him win his third title in 2012, and 12th career Masters trophy. He defeated Frenchman Richard Gasquet in the Canadian Open final on Sunday.

His other two titles in 2012 were repeat performances from last year at the Australian Open and Miami Masters.