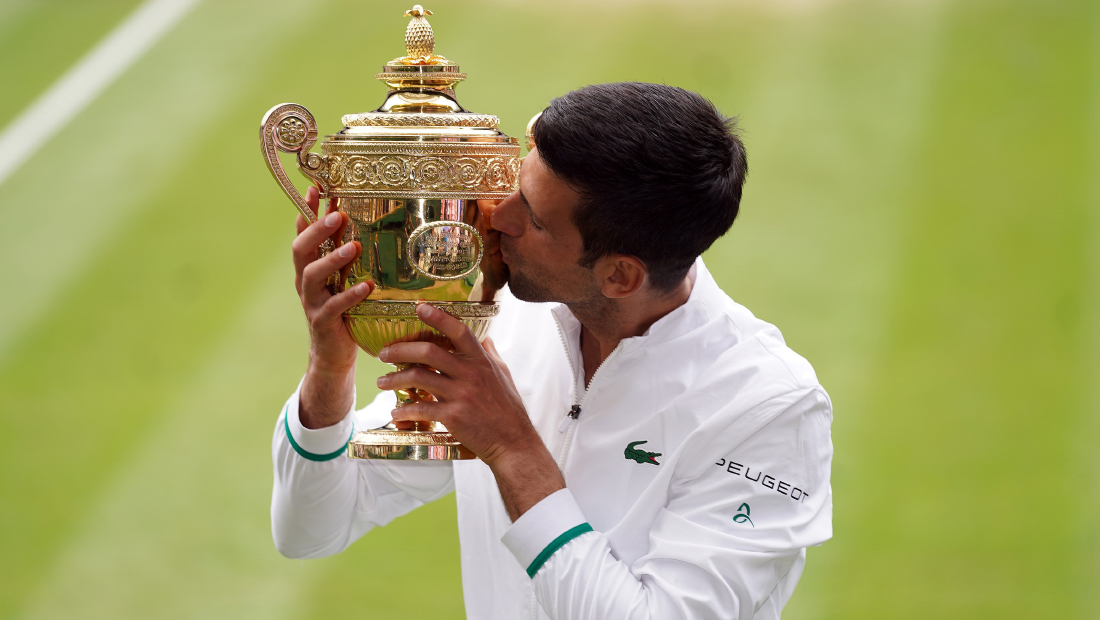 Nole rewrites the history books with another great accomplishment!

The top seed rallied from a set down to defeat seventh seed Matteo Berrettini 6-7 (4), 6-4, 6-4, 6-3 and claimed The Championships trophy for the sixth time.

The final match in front of a passionate and vocal crowd on Centre Court lasted three hours and 23 minutes.

Novak was made to work very hard for his third successive Wimbledon crown.

After letting slip the first set, Djokovic significantly raised his level and bounced back to level the final. A break in the third game of the third set was enough for the 34-year-old Serbian star to grab a two-sets-to-one lead, and then two more breaks in the fourth set paved the way to the victory. He closed it out on his third championship point, and fell to the court in celebration.

“It was more than a battle,” said Nole. “Winning Wimbledon was always the biggest dream of mine as a child. I know how special this is and I don’t want to take this for granted. I was a seven year old boy in Serbia, constructing a Wimbledon tennis trophy with improvised materials in my bedroom and now I am standing here with six titles. It’s incredible.”

“I have to pay tribute to Rafa and Roger. They are legends of our sport and the two greatest players I’ve faced. They are the reason why I am where I am today. They made me realise what I had to do to get stronger mentally, physically, tactically. The last 10 years have been an incredible journey that is not stopping here.” 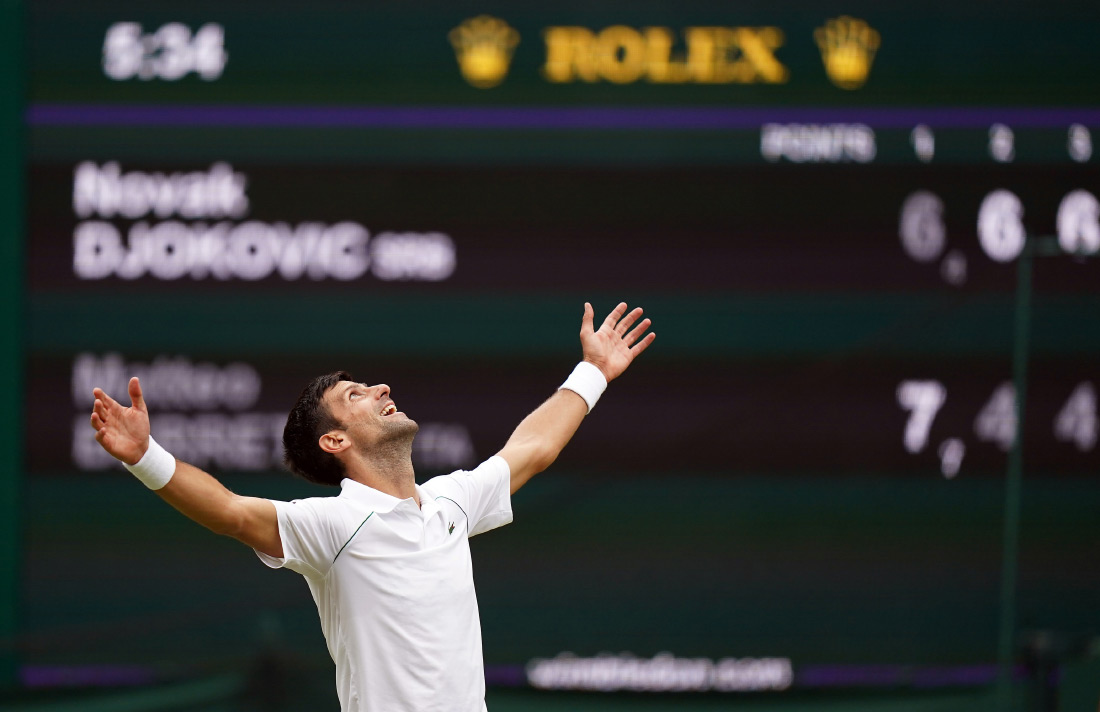 Novak will now stake his claim for the calendar-year Grand Slam, having already been victorious at the Australian Open and French Open. He became the first man since Rod Laver (1969) to win the first three Grand Slams of the season.

Djokovic has also given himself a chance to attain the so-called Golden Slam, which is the four major championships plus the singles gold medal in the Olympics.

The 2020 Summer Olympics, officially the Games of the XXXII Olympiad, and also known as Tokyo 2020, was formerly scheduled to take place from 24 July to 9 August 2020, but the event was postponed as a result of the COVID-19 pandemic. The upcoming tennis competition will be held from 24 July to 1 August 2021 in Tokyo, Japan, without spectators.

Novak was a bronze medalist at the 2008 Beijing Olympics. In London 2012, he fell in the bronze medal match to Juan Martin del Potro, who also beat him in the first round of the 2016 Rio Olympics.