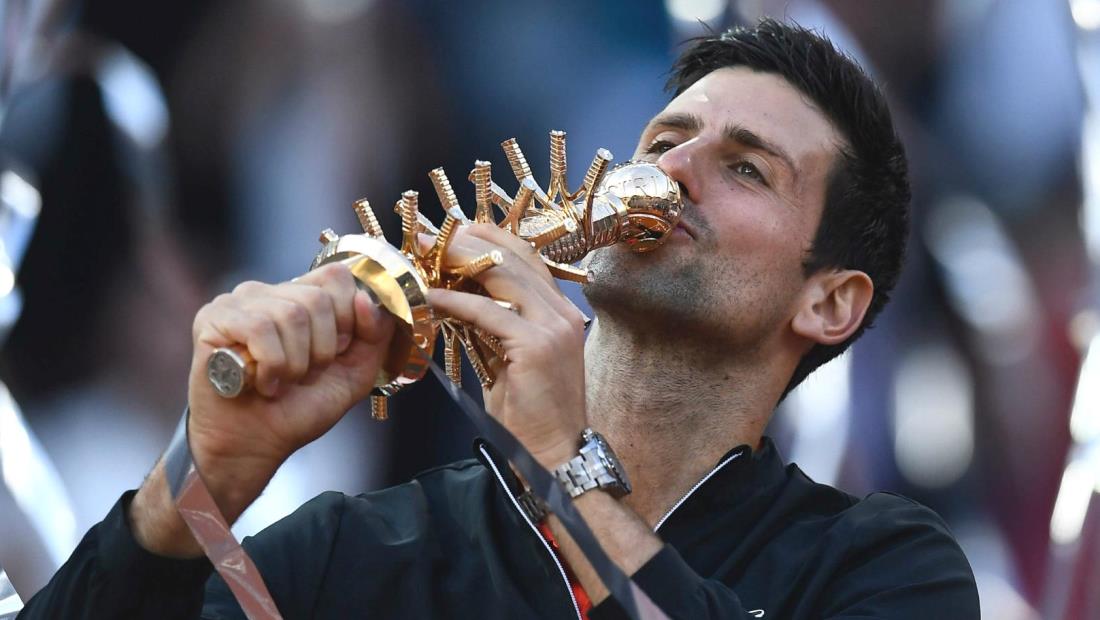 World no.1 Novak Djokovic won a record-equalling 33rd ATP Masters 1000 title in Madrid on Sunday when he beat young gun Stefanos Tsitsipas 6-3, 6-4 in the final.

In his first final since winning the Australian Open at the start of the season, the top-seeded Serb clinched his third Madrid Masters crown against the rising Greek star.

Djokovic has produced his best tennis once again in Madrid. The 15-time Grand Slam champion hasn’t dropped a set this week. He found his top level for a third triumph in the capital of Spain, having also emerged victorious in 2011 and 2016.

The Belgrade native broke Tsitsipas once in each set and won 78% of points on his first serve, having denied his opponent a single break point opportunity. He sealed the win on his fourth match point after one hour and 32 minutes of play.

“I’m very pleased. I was saying after yesterday’s semi-final win that it was a very, very important win for me for my confidence. I wasn’t playing my best tennis after Australia so I was looking to regain the momentum this week. I started off well. I didn’t drop a set the entire tournament. I played some of my best tennis here. I’m looking forward to continuing this streak in Rome,” Djokovic said after the win.

Novak will lead Rafa by 4,170 points when the new ATP Rankings are released on Monday.

Next tournament for Djokovic will be the Internazionali BNL d’Italia (May 12-19).