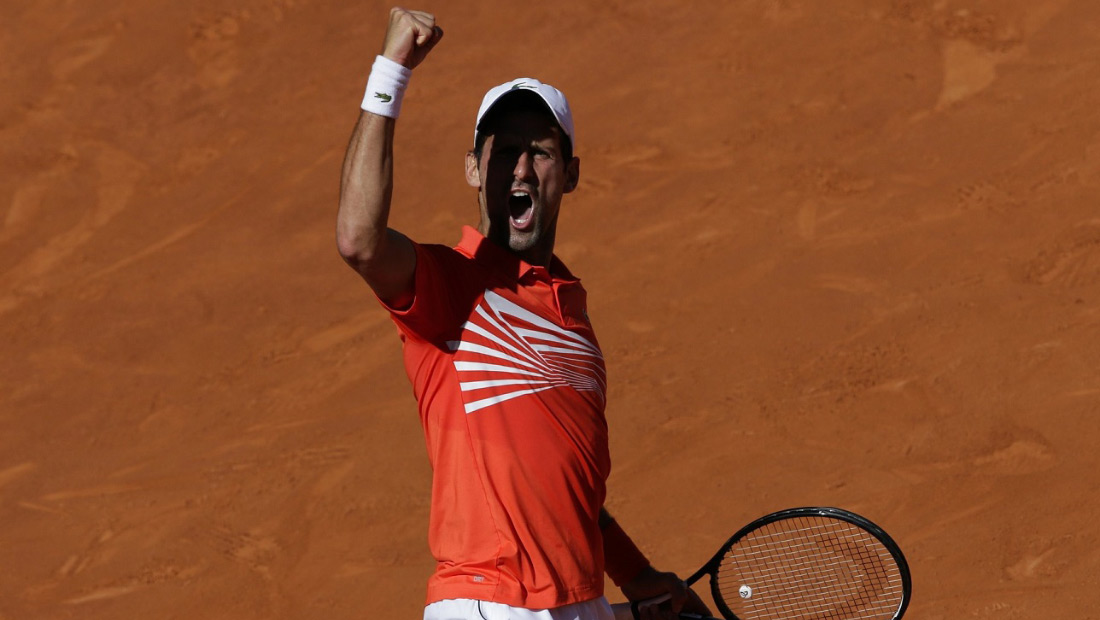 Four-time former champion Novak Djokovic completed his second victory of the day at the Internazionali BNL d’Italia, when he beat Philipp Kohlschreiber on Thursday evening.

Novak needed only 62 minutes to advance. The Serbian star made an early break and stormed to a 3-0 lead, then went on to take the opening set 6-3.

Djokovic carried the momentum into the second set, breaking his opponent three times for his 10th triumph in 12 career meetings with Kohlschreiber.

The top seed had 100% realization of his break point opportunities (4/4), having saved all three break points he faced.

“I’m very pleased with both matches. I was very solid. I got off to a great start in both matches and never lost rhythm, really,” Djokovic said.

Novak will next play no.7 seed Juan Martin del Potro (ARG) against whom he owns a 15-4 career mark. They have met twice in Rome quarters, Novak was victorious both times (2009, 2017).

Looking ahead to del Potro challenge, Djokovic said: “He’s a top-class player. He always has been. I have tons of respect for him as a player and also as a person. He has a huge serve, huge forehand, probably one of the best, if not the best, forehands on the Tour, one of the best serves. He uses that really well. He’s struggled a lot with injuries but he seems to be feeling good and playing well here, so it’s going to be a tough one.”