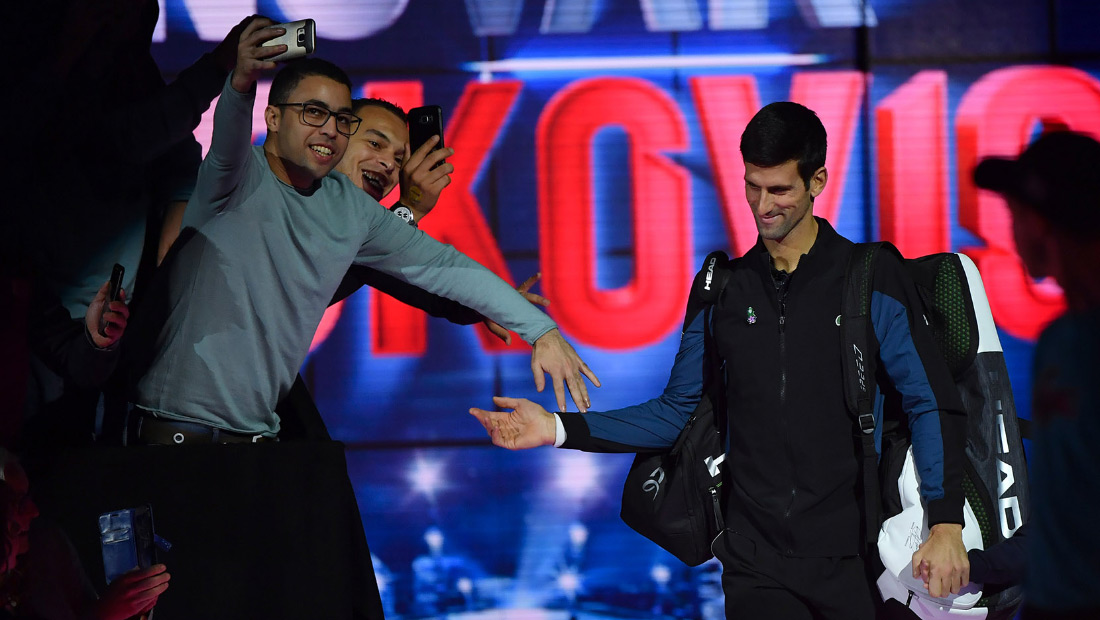 Nole is through to his seventh ATP Finals championship match!

World no.1 Novak Djokovic produced a brilliant display to reach the title match at the Nitto ATP Finals with a 6-2, 6-2 win on Saturday over Kevin Anderson.

The top-seeded Serb needed only 75 minutes to beat the South African fourth seed.

Novak pressured Anderson from the first game of the match. He broke four times from nine opportunities, twice in each set, and did not face a break point during the contest.

“I think it was the best match I’ve played this week. It came at the right time. He lost serve in the first game, that obviously made a big difference. His serve percentage was quite low, it wasn’t working so well. I tried to constantly pressure his serve,” said Novak. “I’m just very pleased that I’m able to play at a high level consistently. A lot of players are tired coming into the last few weeks of the year. We always try to find whatever is left in us. I’m really glad to reach another final.”

It is Novak’s first run to the title match at the prestigious year-end event without dropping a set.

Playing for his sixth season finale trophy, Djokovic will face no.3 seed Alexander Zverev on Sunday at 18:00 local time (19:00 CET).

“I played very well against him in the group stages but I don’t think he was playing very well. Today against Roger he had a great match. I need to fight til the last point. Let the better player win,” Nole said about the upcoming challenge.