OG: Nole through to 2nd round 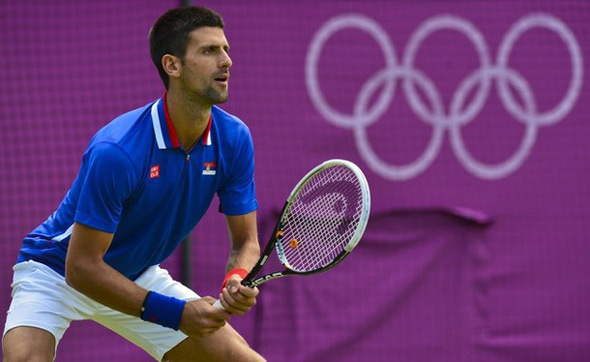 Reigning bronze medalist Novak Djokovic opened his London Olympics campaign with a 6-7(7), 6-2, 6-2 win over Italy’s Fabio Fognini on the second day of the Olympic tennis on Sunday.

Nole came back from a set down to seal his first victory in 1 hour and 52 minutes at All England Club, Wimbledon.

The match started with 2 hours delay because of heavy rain, and was suspended at 7-7 in the first set tie-breaker.

Djokovic first made a break for 5-3 lead. He earned a set point in the next game, but the Italian broke back and leveled at 5-all. Novak had one more set point in the 12th game, but the 65th ranked Fognini held for 6-6. The world no.2 missed his third set point opportunity at 7-6 in the tie-breaker, Fognini took the next three points and clinched the set 9-7.

Nole raised the level of his game in the second and third sets, made a double break in each and won them with the same score, 6-2.

“I haven’t played an official match since Wimbledon, so it took me a set and a half to really get into the rhythm and obviously the rain delay affected the game and I wasn’t sharp enough after it,” Novak said. “Fognini made some great winners and he was a set up. Then I had to be really focused for each game, try to break him and the second and third sets were really going my way.”

The second-seeded Serbian star will play USA’s Andy Roddick in the second round on Tuesday. Roddick beat Martin Klizan from Slovakia in his opening match in London. 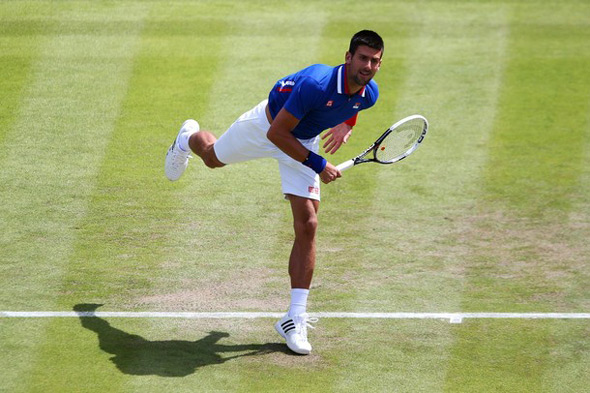 Nole and Viktor Troicki are no.8 seeds in doubles competition. They will face Sweden’s duo of Robert Linstedt and Johan Brunstrom on Monday.