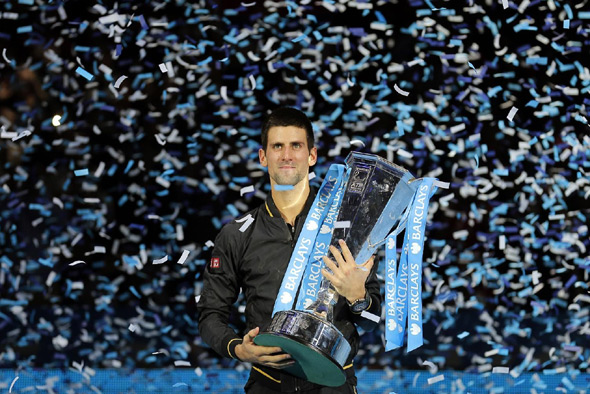 Novak will compete at three more events till the end of 2013.

The first of them is the final Masters 1000 tournament of the season, which will take place in Paris from October 28 to November 3. The world no.2 will defend only 10 points at the BNP Paribas Masters. Last year he fell to Sam Querrey in the second round.

The Barclays ATP World Tour Finals (November 4-11 ) will bring together the top eight singles players and the best eight doubles teams. With five wins at the event in 2012, Nole added the second Masters Cup trophy to his collection. He beat Swiss Roger Federer 7-6, 7-5 in the finals, and earned the maximum 1,500 points.

The highlight of the season is reserved for the Davis Cup final, which will take place in Belgrade Kombank Arena (November 15-17). The 2010 winner, Serbia, will host the defending champion, Czech Republic.

Novak will then travel to Santiago (Chile), where he will take part in an exhibition event with Spaniard Rafael Nadal, on November 20 (Movistar Arena, 15,000 seats).