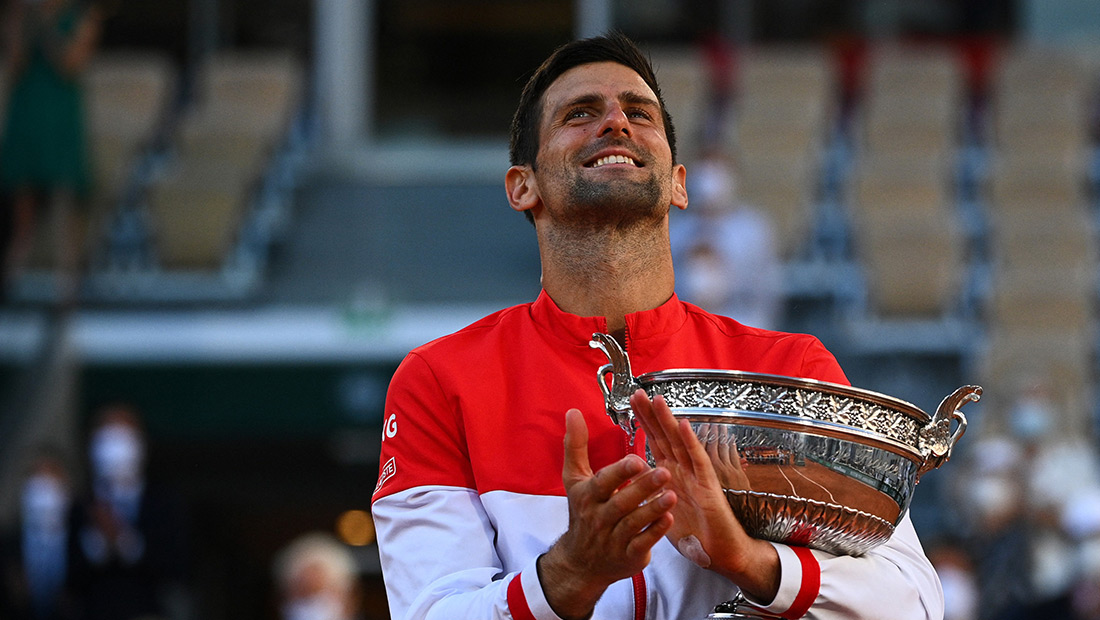 Tsitsipas played near-flawless tennis in his maiden Grand Slam final. Though Djokovic broke first, Stefanos prevailed in the first set tie-break and cruised through the second set to grab a two-set lead.

Novak showed his resilience and fighting heart to come back. The world no.1 rediscovered his energy and after an 11-minute fourth game he managed to break his opponent’s serve. That break was enough for the Belgrade native to clinch the third set.

Djokovic broke serve twice early in the fourth set for 4-0 lead and went on to close it to force a decider.

Tsitsipas suffered a break in the fourth game, and the momentum was firmly on Nole’s side. The Serb wrapped up a historic comeback after four hours and 11 minutes of play.

With the triumph, Novak became the first man in the Open Era, and only the third in history, to win every major title twice. The only other players to achieve this milestone are Roy Emerson and Rod Laver.

Djokovic is now 6-2 against Tsitsipas and has won all four of the pair’s clay-court meetings.

“I want to thank my coach and my physio, everyone who has been with me on this journey,” said Novak. “I have played almost nine hours over the last 48 hours against two great champions, it was really tough physically over the last three days, but I trusted in my capabilities and knew I could do it. “

Novak will have the opportunity to move level on 20 titles with his great rivals Rafael Nadal and Roger Federer when he defends his Wimbledon crown later this month.

Djokovic will have two weeks to prepare for the third Grand Slam event of the season. The 2021 Wimbledon will take place from June 28 to July 11.

Before going to London, Nole will play doubles at the Mallorca Championships, a new ATP 250 tournament.