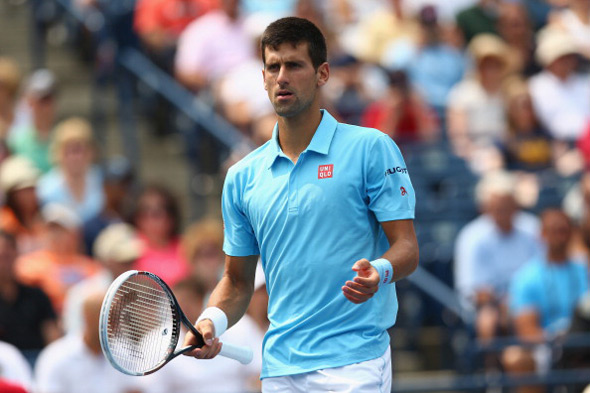 No.16 seed Tommy Robredo stunned world no.1 and four-time former runner-up Novak Djokovic 7-6 (6), 7-5 in one hour and 45 minutes to reach the quarter-finals of the Western & Southern Open in Cincinnati on Thursday.

The Spaniard put Nole’s Career Golden Masters bid on hold with the second win in their eight meetings, toppling the Serb for the first time since their first ATP clash in 2005.

Novak’s overall performance was below his usual standard, especially his return (26%). He lost his third service game but broke back three games later to level at 4-all. The set went into a tie-breaker, Robredo won it 8-6.

The top seed saved three break/match points in the 10th game of the second set, but could not hold serve in the 12th, when he was broken for the second time.

“Many things are not clicking these two weeks on hard courts,” said Djokovic. “It’s unfortunate, but it’s more than obvious I’m not playing even close to what I’m supposed to play. I have to keep on working and trying to get better for US Open.”

It will be Novak’s 10th appearance in New York, where he lifted the trophy in 2011.

The singles draw will be made on Thursday, August 21.