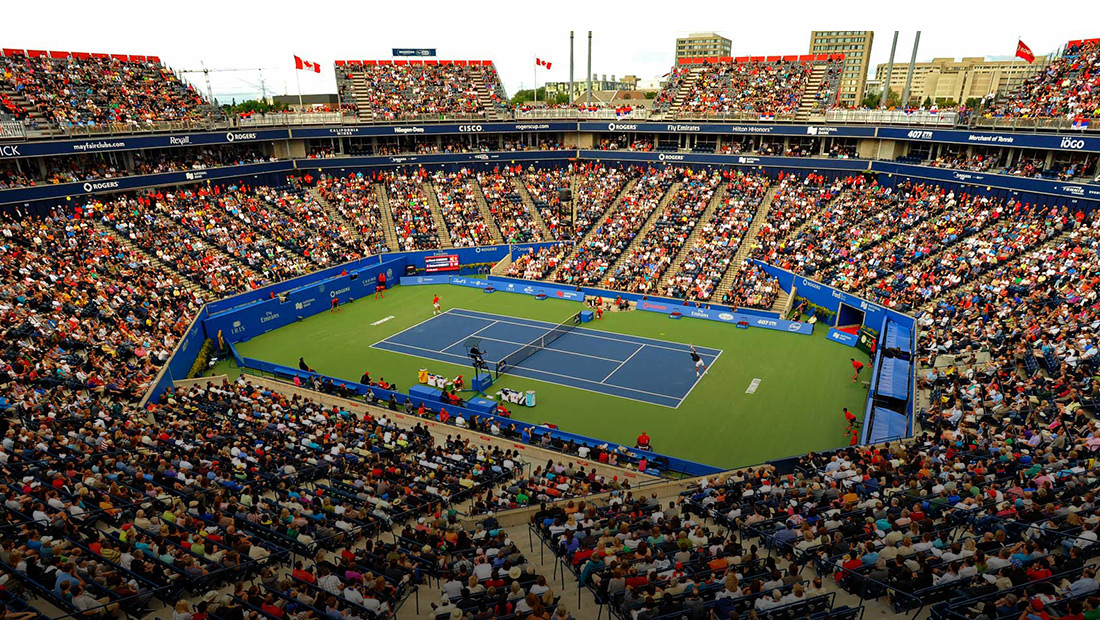 Singles draw has been made for the ATP World Tour Masters 1000 event in Toronto, the sixth Masters tournament of the year (August 06-12).

After three weeks off, the Wimbledon champion Novak Djokovic begins his North American summer hard court season in the largest city in Canada.

Nole is no.9 seed and will open his campaign against world no.84 Mirza Basic of Bosnia and Herzegovina (LL). It will be their first career meeting.

Last year Djokovic missed the event due to elbow injury.

This will be Novak’s 11th appearance at the Rogers Cup. He is bidding to win the trophy for the fifth time and add it to his collection of 30 ATP World Tour Masters 1000 crowns.

“I have happy memories from my time on court and outside the court in Toronto and it’s always a highlight on my calendar,” said Djokovic. “The tournament looks after us so well and the fans are always passionate about their tennis. After a dream run at Wimbledon, I’m really motivated going into the hard-court season so I look forward to enjoying my time there.”

In the doubles competition, Novak will team up with Kevin Anderson (RSA) against Denis Shapovalov and Felix Auger-Aliassime (CAN, WC) in Round 1.