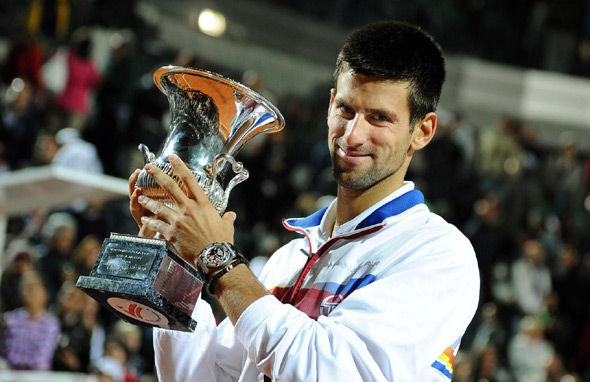 The draw has been made for Internazionali BNL d’Italia, the fifth ATP World Tour Masters 1000 tournament in 2012.

Top seed and defending champion Novak Djokovic has a first-round BYE. He will open his campaign against world no.32 Bernard Tomic. The Australian defeated Colombian qualifier Santiago Giraldo 4-6, 6-2, 6-4.

The last of three ATP World Tour Masters 1000 events contested on clay will be played in the capital of Italy for the prize money of € 2,427,975.