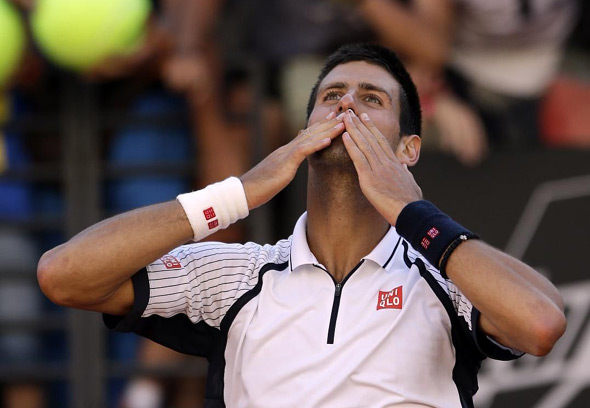 Singles draw has been made for the Internazionali BNL d’Italia, the fifth ATP World Tour Masters 1000 tournament in 2014.

Novak will be back on the court in Rome after he’s been sidelined for three weeks due to wrist injury.

No.2 seed and two-time former titlist has a first-round BYE. He will open campaign against world no.41 Czech Radek Stepanek (9-1 H2H) who beat no.36-ranked Pablo Andujar (ESP) in three sets.

It will be Novak’s eighth appearance in the capital of Italy. He has a 24-5 record.

The last of three Masters 1000 events contested on clay, which is also the final preparation before Roland Garros, is taking place at Foro Italico from May 11 to May 18.