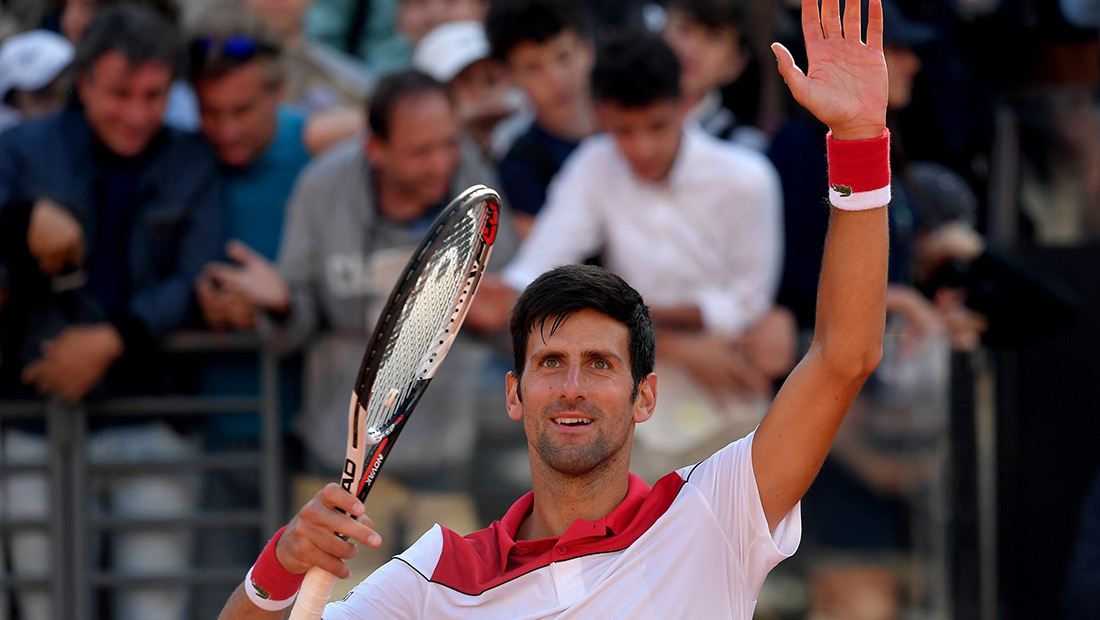 Four-time former champion Novak Djokovic defeated world no.74 Nikoloz Basilashvili of Georgia 6-4, 6-2 at the Internazionali BNL d’Italia on Wednesday to move into the third round of the ATP World Tour Masters 1000 event.

After failing to convert two break point chances in the sixth game, Novak saved four break points in the next. He became more aggressive towards the end of the set and made a crucial break in the 10th game.

The 11th seed raced to a 3-0 lead in the second set and from there he rolled to a 77-minute victory.

Djokovic, who is a big crowd favorite in Rome, says he enjoys the tournament and the conditions: “I thought the atmosphere was unique, phenomenal. It’s one of the most beautiful tennis courts in the world. I have great memories there. And I think it’s so nice to play in front of the people that also don’t have to buy ticket for Court Centrale… It’s very intimate.”