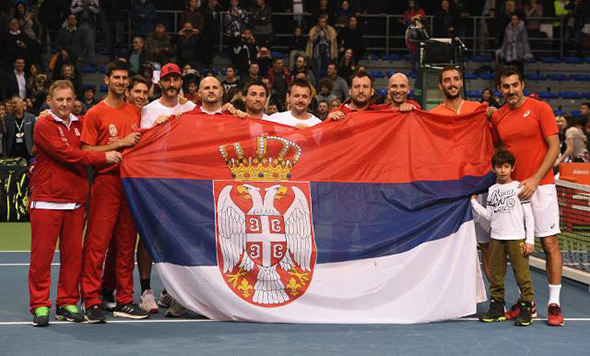 Serbia edged a tight doubles match against Spain on Saturday to seal a place in the Davis Cup by BNP Paribas last four for the first time since 2013.

The team captain Nenad Zimonjic and Viktor Troicki defeated Marc Lopez and Pablo Carreno Busta 4-6, 7-6 (4), 6-0, 4-6, 6-2 to give the home team an unassailable 3-0 lead against the competition’s five-time winners ahead of Sunday’s reverse singles rubbers.

Nole and Viktor Troicki previously both won on the opening day at Aleksandar Nikolic Arena.

The 2010 champions Serbia will play against France in away tie on September 15-17.

It will be a rematch of the 2010 final, when Serbia won their maiden title with an epic 3-2 victory over the French team in Belgrade Arena.