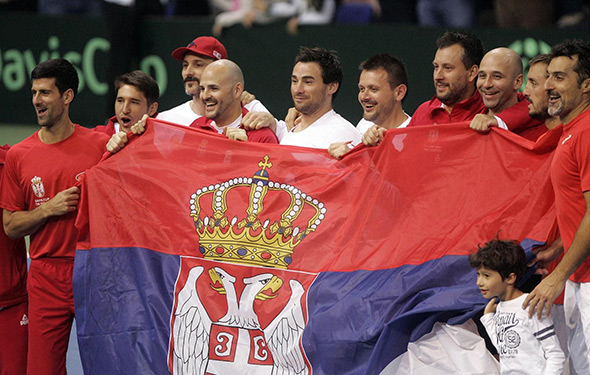 Serbia is through to the Davis Cup quarter-final!

Doubles team of Nenad Zimonjic and Viktor Troicki beat Andrey Kuznetsov and Konstantin Kravchuk 6-3, 7-6 (3), 6-7 (5), 6-4 to give 2010 champion Serbia an unassailable 3-0 lead against Russia in their Davis Cup by BNP Paribas first round tie in Nis on Saturday.

The victory followed singles successes on Friday for Viktor Troicki and Novak Djokovic over Karen Kachanov and Daniil Medvedev.

Dusan Lajovic defeated Konstantin Kravchuk 6-3, 4-6, 6-3 in the fourth dead rubber on Sunday. The fifth rubber will not be played.

Serbia will host five-time champion Spain in the last eight of the World Group on April 7-9, 2017.

Spain prevailed over 2005 titlist Croatia 3-2 this weekend in Osijek.