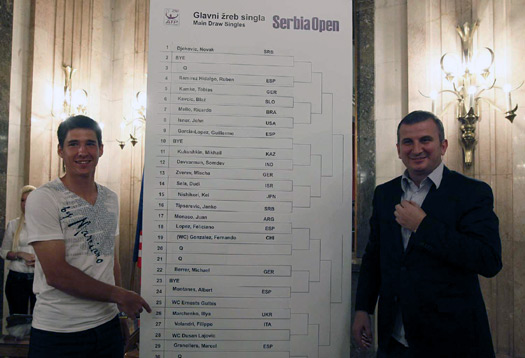 World no.2 Novak Djokovic is the number one seed at the “Serbia Open 2011 Powered by Telekom Srbija” event.

The 2009 champion has been given a BYE in the first round and will start his campaign against either world no.97 Spaniard Ruben Ramirez Hidalgo or a qualifier.

No.5 seed and last year’s finalist, American John Isner, is in Novak’s quarter and the two players could meet in the quarter-finals.


Novak has won every tournament he’s entered in 2011: the Australian Open, Dubai, Indian Wells and Miami. He is currently on a 24-0 winning streak for the season, and increased his overall winning streak to 26 wins in a row, dating back to last December’s Davis Cup final when Serbia lifted the trophy for the first time in it’s history.