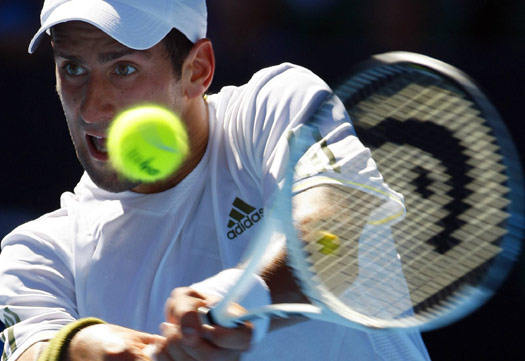 Serbian doubles pair Novak Djokovic and Viktor Troicki failed to reach the semifinals at the tournament in Halle in the doubles competition.

German players Nicolas Kiefer and Mischa Zverev were better in front of their home crowd. They were convincing and won easily 6-1 6-1 in just 42 minutes.

Novak will play his second round match in the singles competition tomorrow. His opponent is world no.56, Frenchman Florent Serra.