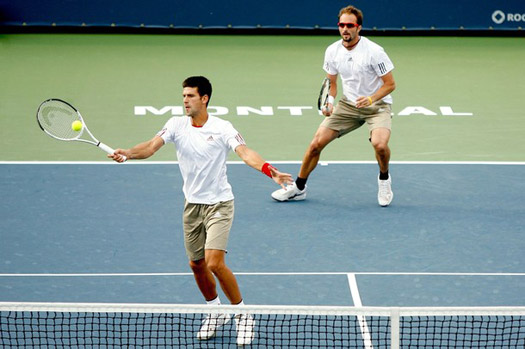 11. 08. 2009. · Serbian doubles pair Novak Djokovic and Dusan Vemic failed to reach the second round at the Masters tournament in Montreal in the doubles competition.

Spanish players Rafael Nadal and Francisco Roig were better. They were convincing and won 7:5, 6:4 in 69 minutes.

Novak will play his second round match in the singles competition this night at 21.00 CET. His opponent is world no.225, Canadian Peter Polansky.