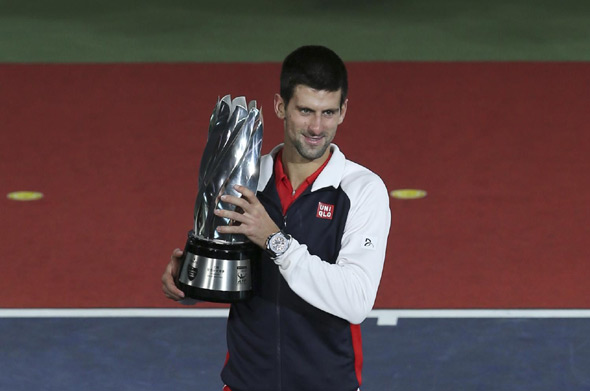 Fifty six players are taking part. Eight seeds (1-8) get BYE in the first round.

Novak is a defending champion and no.1 seed. He’ll open quest for 15th Masters title in the second round against world no.37, Spaniard Marcel Granollers (2-0).

Last year Novak clinched his first Shanghai Rolex Masters crown. He came back from a set down and saved five match points before defeating two-time defending champion Andy Murray, 5-7, 7-6 (11), 6-3 in 3 hrs and 21 mins in a blockbuster final.