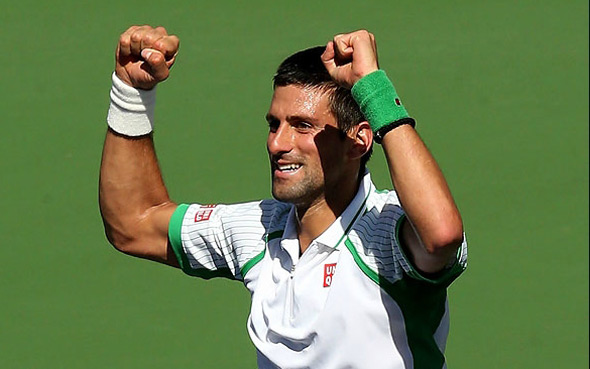 The draw has been made for the Sony Open Tennis in Miami, the second ATP World Tour Masters 1000 tournament in 2013, taking place from March 20-31.

World no.1 and two-time defending champion Novak Djokovic is the top seed and has a first-round BYE. He will open his bid to win a third consecutive title at Crandon Park against world no.64 Lukas Rosol (CZE) who beat no.67 Gilles Muller (LUX) in straight sets.

In last year’s final, Novak beat Andy Murray 6-1, 7-6(4) to win the championship for the third time.

Djokovic, who will be looking to add his fourth Sony Open crown to his collection of 13 Masters titles, has a 24-4 record in Miami, the site of his first ATP World Tour Masters 1000 triumph in 2007.

The Serbian tennis star will aim to claim his third trophy in 2013, following victories at the Australian Open (d. Murray) and the Dubai Duty Free Tennis Championships (d. Berdych).

After repeating the 2012 result in Indian Wells last week by reaching the last four, Nole continues to dominate the ATP rankings with 13,280 points, followed by Roger Federer (8,715) and Andy Murray (8,350).