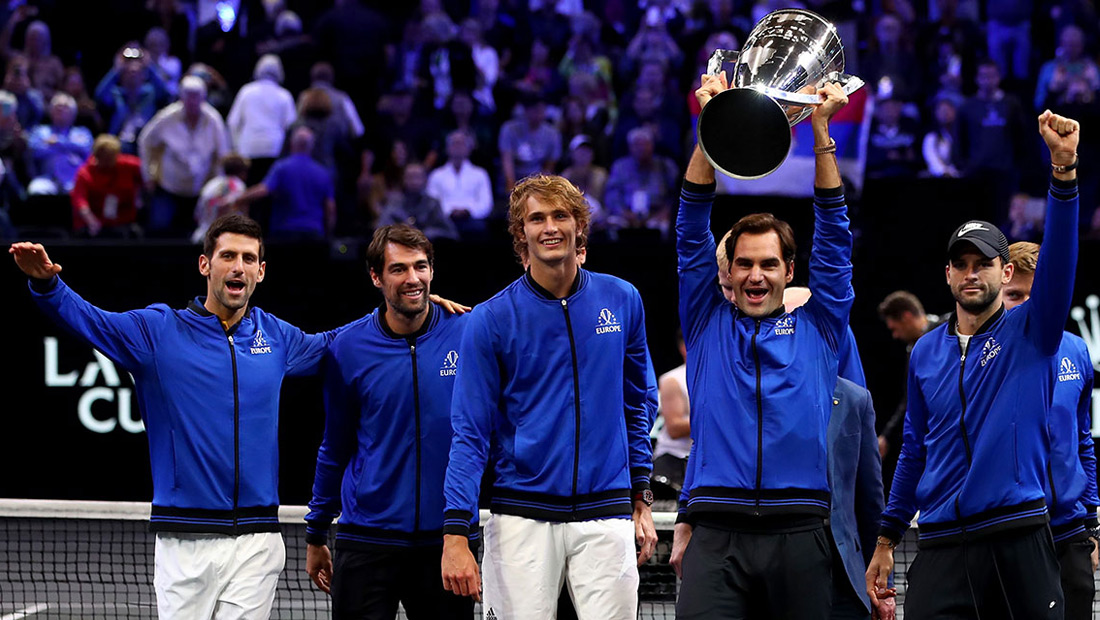 Team Europe are Laver Cup champions once again after Alexander Zverev fought back to beat Kevin Anderson and clinch the winning points in Chicago.

Zverev won the final five points of the match to defeat Anderson 6-7, 7-5, 10-7 and increase Team Europe’s advantage to an unassailable 13-8, denying a final deciding rubber scheduled between Novak Djokovic and Nick Kyrgios.

Twelve months on from their success at the inaugural Laver Cup in Prague, Zverev and Roger Federer were able to celebrate getting their hands on the trophy for a second time, while Nole, Grigor Dimitrov, David Goffin and Kyle Edmund were champions on debut.

A dramatic doubles win for John Isner and Jack Sock (4-6, 7-6, 11-9) against Zverev and Federer, put the reds in front for the first time on Sunday [8-7]. Isner then missed out in an epic clash with Federer that saw the American fail to convert three match points. The Swiss won 6-7, 7-6, 10-7 to put Europe 10-8 ahead. That left the destiny of the trophy in the hands of Zverev who finished the job after a great battle.

The beautiful lakeside city of Geneva will host the next Laver Cup from September 20-22, 2019.