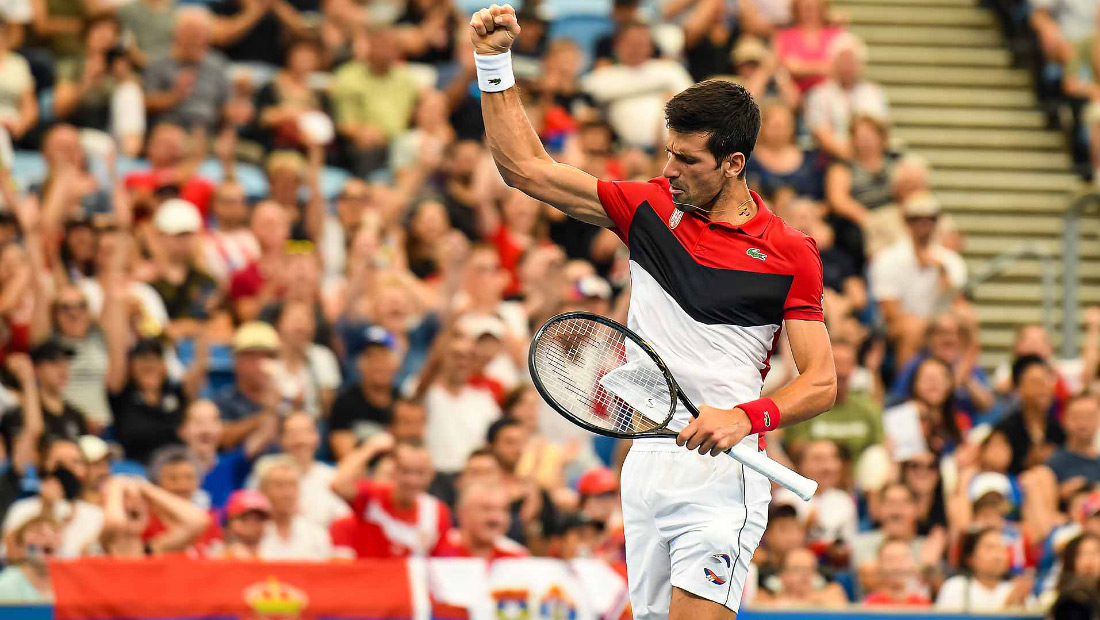 Team Serbia is into the final of the inaugural ATP Cup!

Serbia is into the final of the inaugural ATP Cup!

Novak Djokovic won a fantastic match against Daniil Medvedev 6-1, 5-7, 6-4 to send Serbia into the ATP Cup Final at Ken Rosewall Arena in Sydney on Saturday.

In the first singles match of the day, Dusan Lajovic defeated Karen Khachanov 7-5, 7-6 (1) to give Serbia the lead against Russia.

Novak raced through the opening set, breaking in the fourth and sixth games for 6-1.

He made an early break in the second set, but the 2019 US Open finalist rebounded, breaking the world no.2 twice for 4-1 lead. Djokovic grinded out the break and consolidated for 4-4, but Medvedev broke once again in the 12th game to take the second set 7-5 and even the battle.

Nole broke in the fifth game of the third set and saved three break points in the 10th, before serving out the extraordinary match in 2 hours, 47 minutes.

It was the first match between two top five players at the tournament and they both received a standing ovation for their amazing performance and high quality tennis.

“It was an exceptional match,” Djokovic said. “Yesterday I spent almost three hours on court and today it was pretty similar and this one probably had more rallies. It was very exhausting. Medvedev is one of the best players in the world and today he showed why. This was the greatest challenge I’ve had at this tournament. I am very happy to experience this with the Serbian fans who came out to support us. It was a big battle all the way to the last shot. It was great quality tennis and I hope everyone in the stadium and on TV enjoyed it.”