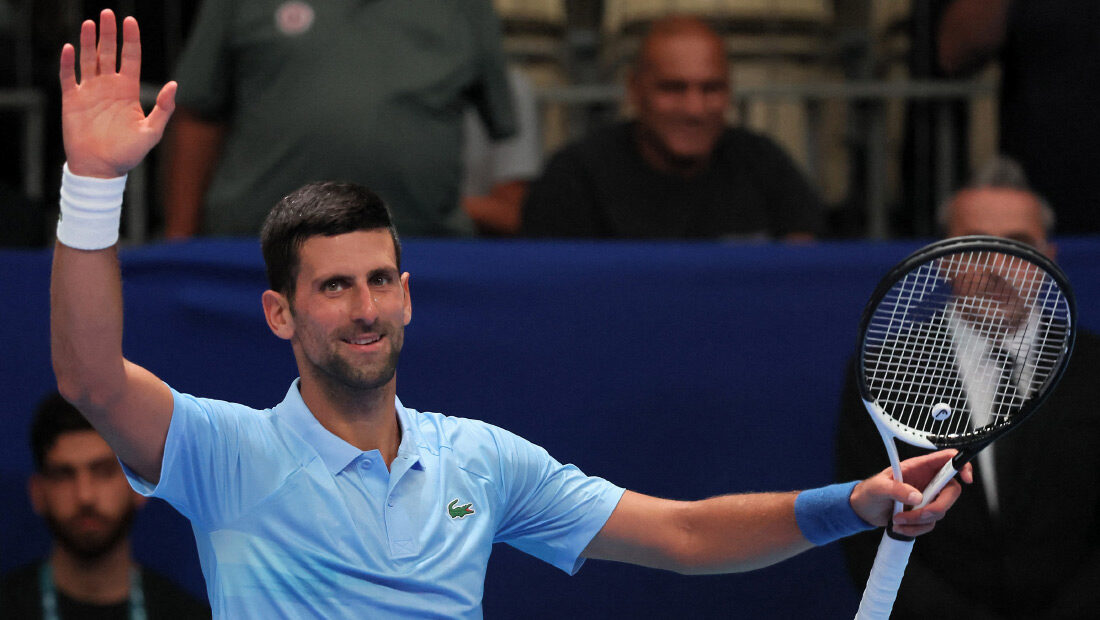 Top seed Novak Djokovic beat Vasek Pospisil 7-6 (5), 6-3 on Friday at the Tel Aviv Watergen Open to move into the semi-finals of the ATP 250 tournament.

With this win Novak has improved to 6-0 in ATP H2H series against the Canadian. The match lasted one hour and 53 minutes.

Not a single break point chance was seen in the opening set. Novak won a tie-break 7-5 to gain advantage.

The Serbian star broke his opponent and friend in the second game of the second set and held to consolidate it. However, the lucky loser from Vernon fought back to level at 3-all. Novak converted another break point chance in the eighth game and served it out, improving to 25-6 on the season.

“It was a great win,” Djokovic said in his on-court interview. “Vasek is one of my best friends on the Tour. We have known each other for many years. It is never easy playing someone you respect so much and like so much, but we are both professionals and wanted to win the match and you can see that. I think the level of tennis was really high. Especially towards the end of the first set and the second set. Credit to him for fighting. Great to see him back.”

Novak, who is competing in just his second tour-level event since the Wimbledon triumph in July, will play against world no.104 Roman Safiullin in the last four clash on Saturday (18.30 CET).

It will be their first career meeting. The Russian eliminated Frenchman Arthur Rinderknech in straight sets, 6-4, 6-1.