The China Open draw is revealed! 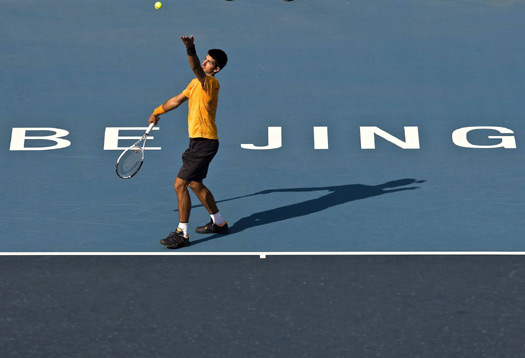 The China Open draw has been made. The event features seven players of the ATP’s top 10. Defending champion Novak Djokovic is seeded no.1.

Novak had two weeks off, after he and his teammates led Serbia into the Davis Cup final for the first time in it’s history. The world no.2 is making his second appearance at the ATP World Tour 500 tournament in Beijing next week (hard, $2,100,000).

Nole lifted the trophy on his debut in the capital of China 12 months ago (defeated eighth seed Marin Cilic 6-2, 7-6(4))

The best Serbian tennis player will face world no.353, wildcard Mao-Xin Gong of China in the first round. Djokovic and Gong have never met before.

If the 23-year-old Belgrade native successfully passes the first step towards the title defence he will play against the winner of the match between his friend and compatriot Janko Tipsarevic and American Mardy Fish in the second round.

Andy Murray is no.2 seed, and Nole can’t meet him before the finals. Robin Soderling (SWE,3), Mikhail Youzhny (RUS,7), David Ferrer (ESP,8)…are also in the other half of the draw.