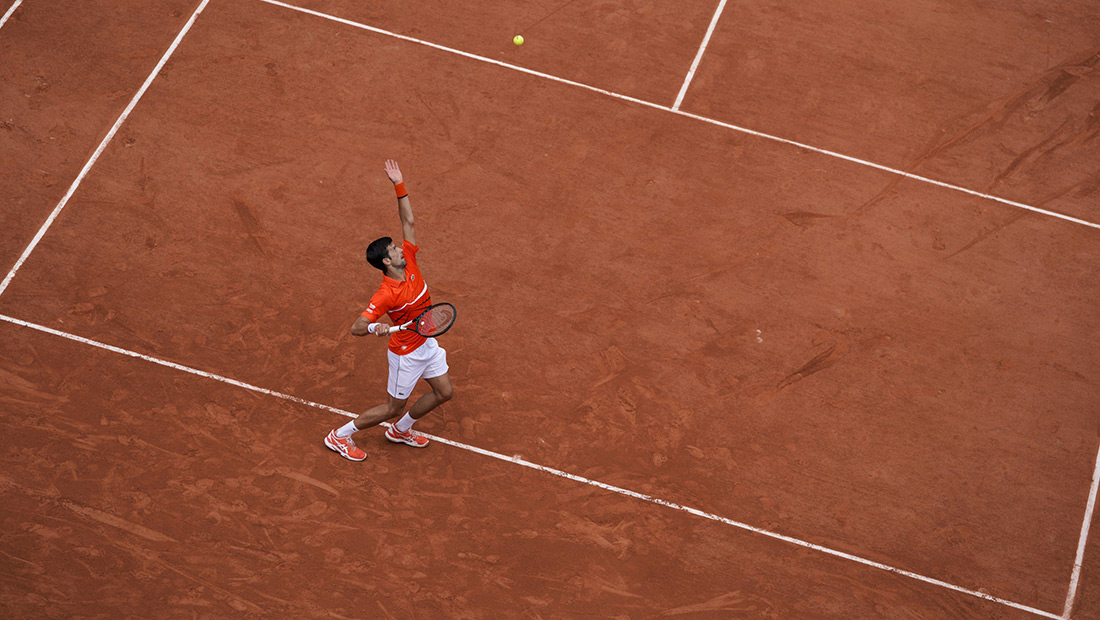 Novak’s bid to hold all four majors at the same time on two occasions was ended by Dominic Thiem in the French Open semis on Saturday.

Novak overcame a slow start on Friday in windy conditions to level his Roland Garros last four meeting against Thiem at a set apiece. The Austrian increased his aggression at the beginning of the third set, breaking Djokovic for 3-1 lead before rain caused second suspension of play. The match resumed on Saturday.

Upon resumption, Novak earned a break point in the fifth game, but the 2018 runner-up held. The Belgrade native was more successful on second attempt, as he capitalized on his chance in the seventh game and consolidated the break for 4-all. After failing to convert two break points in the ninth game, Djokovic faced scare in the 12th game. Thiem used his third opportunity to clinch a two-sets-to-one lead.

The 15-time Grand Slam champion went up a break twice in the fourth set, but the Austrian fought back into the contest. The crucial break for Nole came in the 11th game and he served it out to force a deciding fifth set.

Djokovic missed a break point in the third game and surrendered his serve in the next. Dominic held to move 4-1 up and had a chance to make it double, but Nole withstood a break point, before play was suspended again due to rain.

An hour after Novak and Thiem went off court, they were back and play resumed with deuce on Djokovic’s serve.

Novak stopped play as he thought a ball had gone beyond the baseline, but the umpire disagreed. A powerful unreturned serve got him out of trouble. The Serb broke back in the seventh game, but the fourth seed responded with immediate break to earn himself a chance to serve for the win.

It was a dramatic finish of an epic clash as Novak had managed to save two match points before breaking Thiem, with the Austrian serving for the match at 3-5. A game later it was 5-all, and the fans on Philippe-Chatrier stadium were on the edge of their seats. Thiem held at love to move ahead. The third match point was the charm for the 25-year-old, who hit a brilliant forehand winner to finish off his triumph. He will face 11-time champion Rafael Nadal on Sunday, in a repeat of last year’s final.

“He played great, especially in the important moments. Made some really good slices and passing shots. He just managed to put one ball extra in the court at the end of the match,” Djokovic said. “Congratulations to him. He’s playing great tennis. He showed why he’s one of the best players in the world, and I wish him best for the final.”

Novak will have three weeks to prepare for the grass court season and The Championships. The 2019 Wimbledon will take place from July 1 to July 14.

Djokovic has been victorious on the grass at SW19 four times. Last year he beat Kevin Anderson in the final to win the most prestigious tennis event in the world.