Nole-Wawrinka reach second round in doubles 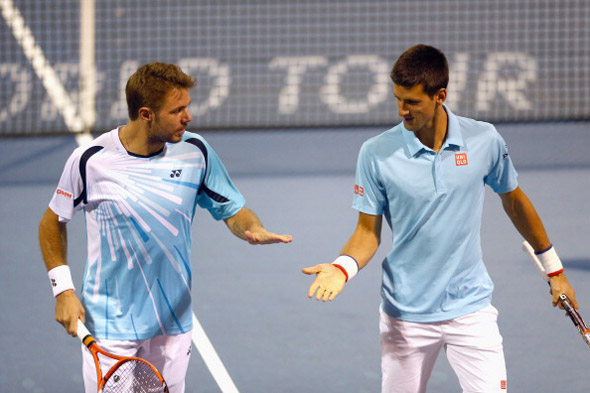 Novak and his doubles partner at the 2014 Rogers Cup, Stanislas Wawrinka, moved into the second round of the ATP World Tour Masters 1000 event with a 6-3, 7-5 win over Colombian/Spanish pairing of Juan Sebastian Cabal and David Marrero on Monday.

The match which was five hours late due to rain lasted 70 minutes.

Fans filled the Grandstand to watch the reigning Wimbledon and Australian Open champions in action together.

Novak and Stan broke four times from 10 oppotrunities, while their rivals converted two of their seven break point chances.

The Serbian/Swiss team will take on no.3 seeds Nenad Zimonjic (SRB) and Daniel Nestor (CAN) for a place in the quarter-finals.

Novak will open his Toronto singles campaign on Wednesday against Gael Monfils.