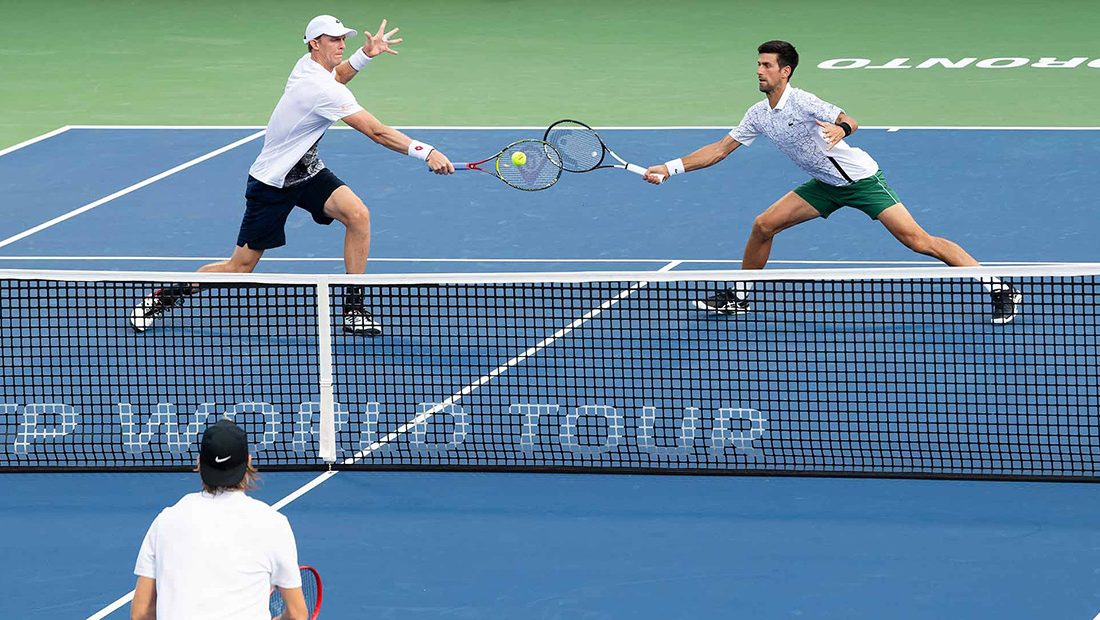 Toronto: Novak/Anderson advance to second round of doubles

Wimbledon finalists Novak Djokovic and Kevin Anderson beat Canadians Felix Auger-Aliassime and Denis Shapovalov 6-3, 6-2 to reach the second round in doubles at the Rogers Cup on Monday night.

Nole and Kevin had never played doubles together prior to walking on the National Bank Grandstand. They suffered an early break, but from there, they were extremely solid both from the baseline and at net. They broke their rivals twice in each set to seal the win after 67 minutes of play.

The Serbian/South African duo will next face a stiff test against third seeds and reigning French Open titlists Pierre-Hugues Herbert and Nicolas Mahut.

Novak, fresh off his Wimbledon title, will meet world no.84 Mirza Basic in the first round of singles on Tuesday.