Toronto spectacle: Nole and Rafa to play doubles together! 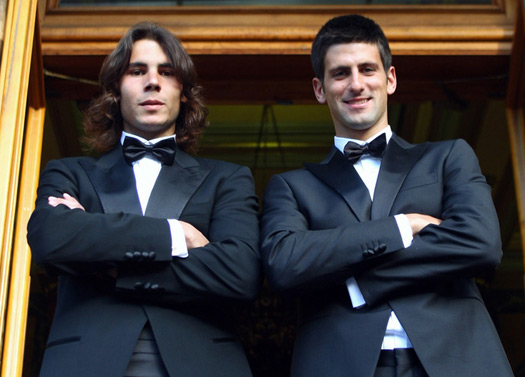 The best Serbian tennis player Novak Djokovic (2) and Spaniard Rafael Nadal (1) will team up for doubles at the ATP World Tour Masters 1000 tournament in Toronto, which begins on Monday, August 9, 2010.

It will be the first time since 1976 that the top two players in the world play competitive doubles together.

Novak’s last match was for the Davis Cup team of Serbia in quarter-final tie against Croatia in Split.

Nadal will arrive in Toronto after a month of rest and intensive knee therapy in order to be completely ready for US Open.

The singles draw for Rogers Cup presented by National Bank is scheduled on Friday at 10pm CET.