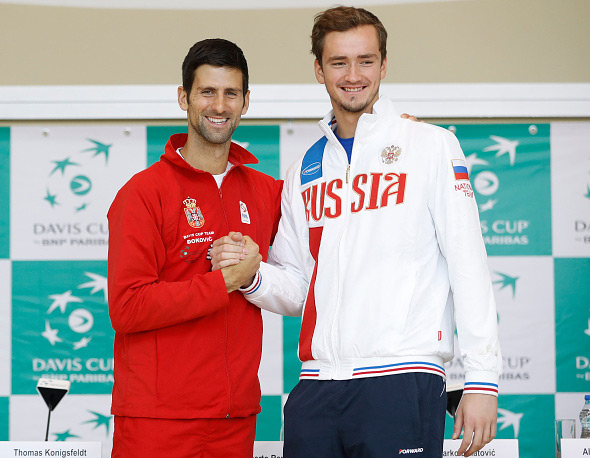 It was a successful opening day for the home team when Serbia took a 2-0 lead against Russia in Davis Cup by BNP Paribas first round tie in Nis on Friday.

Serbian second-ranked player was down 0-4 in the fifth set tie-breaker. He fought back to level at 5-all, then fended off a match point before clinching an epic victory.

The 29-year-old Belgrade native struggled in the opening set. He came back twice from a break deficit, but the young Russian broke twice more to gain advantage.

Medvedev raced to a 3-0 lead in the second set, but Nole broke back in the fifth game and made another break in the ninth before holding his own serve with an ace.

The third set was a one-way traffic as Novak broke his rival three times. Medvedev retired with cramps after the first game of the fourth set. He received a warm applause from the spectators in the Cair Sports Centre.