Wimbledon Final: Nole vs Federer for seventh GS title and return to no.1 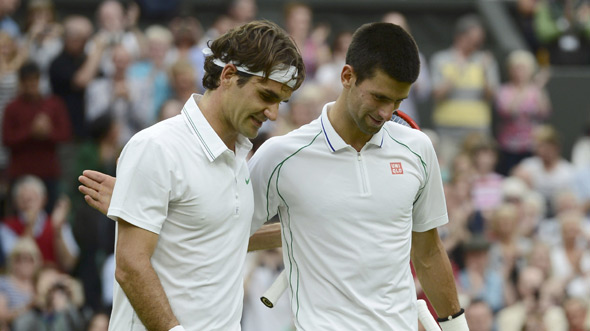 By reaching The Championships final with victory over Grigor Dimitrov, Novak repeated his 2013 performance and is now just one win away from capturing his second Wimbledon title and replacing Rafael Nadal at no.1 in the ATP Rankings.

Djokovic lost his past three major finals, and five of his past six. “There is plenty of motivation from my side to win this Grand Slam final. It would mean a lot mentally for me,” said Novak. “I know that I can win the title. I should have won a few of the matches that I lost in the finals of Grand Slams in the past couple of years.”

These two have a storied eight-year history, with Federer leading the head-to-head 18-16.

Novak has lost four sets, while Roger has lost just one (to Wawrinka) in six matches.