Wimbledon: Novak too good for Gulbis, faces Mannarino in R4 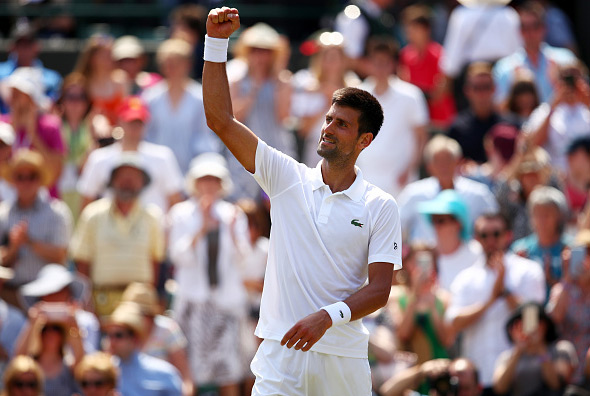 Nole is through to the second week of 2017 Wimbledon Championships.

Second seed Novak Djokovic moved into the fourth round with a straight-set win over Ernests Gulbis at the All England Lawn Tennis Club.

After Gulbis broke in the third game of the match, Novak rarely looked troubled against the world no.589 from Latvia. He broke his rival twice to take the opening set and then stormed to a 5-0 lead in the second. Two games later, he had a two sets to love advantage.

The third set, a far closer affair, was decided in a tie-breaker. The world no.4 sealed it in convincing fashion, 7-2.

“I am delighted with my performance today, I thought I raised my level of tennis. Compared to the first couple of matches and last few weeks – that’s the most focused I’ve been on the court, and obviously at the right time, because Gulbis presents a great challenge,” Novak said. “He’s very unpredictable and has a huge serve. It’s not easy playing on grass against a big sever like that. He started very well, but I managed to then win seven, eight games in a row, which gave me a lot of confidence, and I’m glad the crowd enjoyed it.”

Novak will next meet world no.51 Adrian Mannarino from France, who beat his compatriot Gael Monfils (no.15 seed) in five sets.

Djokovic won their lone prior meeting in R2 of the 2016 Wimbledon.