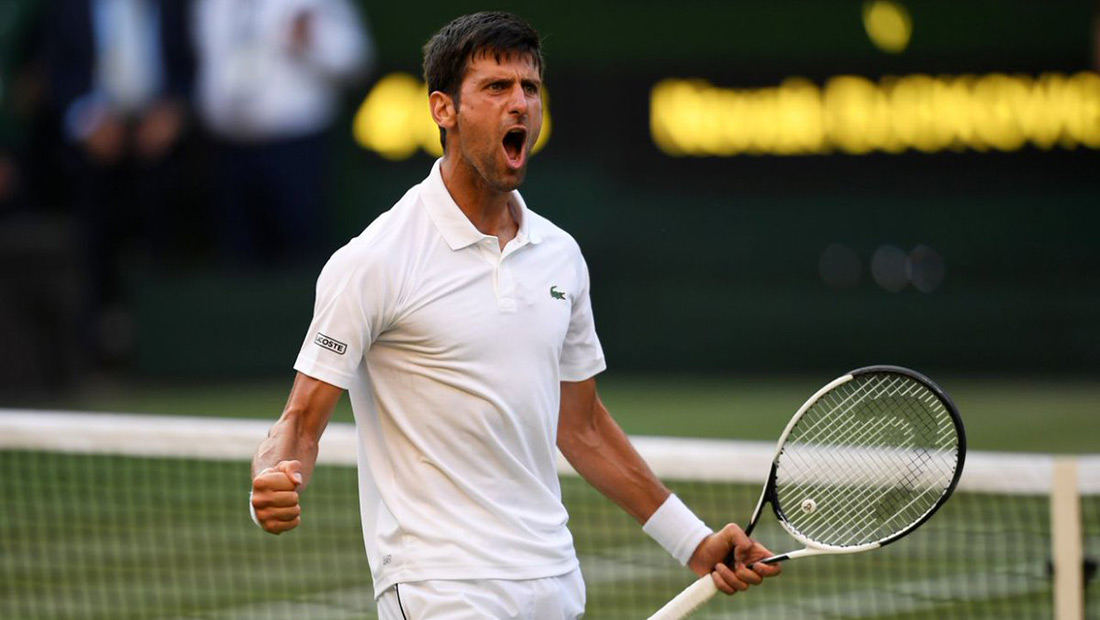 Nole downs Rafa in the clash of titans, faces Anderson in final!

Novak Djokovic is one win from a fourth Wimbledon title after beating second seed Rafael Nadal in a five set thriller.

2018 Wimbledon semi-final between three-time former champion Novak and world no.1 Rafael Nadal was suspended at 11 pm local time on Friday because of a local ordinance.

The six hour, 36 minute match between Kevin Anderson and John Isner had pushed the start time of the highly-anticipated second semi.

When the two former titlists finally got on court on Friday evening, it was a little after 8pm which gave them less than three hours to get the job done before the Centre Court lights were switched off.

Novak pressed on Nadal’s every service game and finally he got his reward with a break in the seventh game which brought him a one set lead.

Rafa broke in the fourth game of the second set, then immediately surrendered his own. The Spaniard was getting more comfortable on Novak’s serve. He managed to break once more and held to even the semi-final.

It was an extraordinary tennis match, unbelievable performance from both men. Djokovic won an epic third set tiebreaker 11-9 after saving three set points.

An hour into the re-start on Saturday, Nadal had levelled the score at 2-2, having taken the fourth set 6-3.

In the deciding fifth set, Novak earned a break point in the eighth game, but Nadal saved it successfully forcing an error off his serve. The Spaniard then had break points in the ninth and 15th games, but Djokovic came up with clutch serves and aggressive play to escape. The Belgrade native hit a brilliant forehand return while leading 9-8, 0/40, placing it deep in the court, and Rafa hit a forehand wide to end the memorable battle.

The two tennis greats have met for the 52nd time, Novak now leads their H2H series 27-25.

“It’s hard to pick the words, I am just going through things that flash back – the last 15 months, everything I have been through to get here, to win against the best player in the world in one of the longest matches I ever played. I am overwhelmed,” said Nole. “It’s very special. It really could have gone either way. It was clear very few things separated the two players. Until the last shot I didn’t know if I was going to win. I believed it, but he was very close. These kind of matches you live for and work for.”

On facing Anderson in the grand final: “Hopefully we can both play! It’s been a roller-coaster for him in the last couple of rounds, but he had a day off and that means a lot. I wish I had one. It’s incredible for me to be in the Wimbledon final, I am trying to digest that first.”