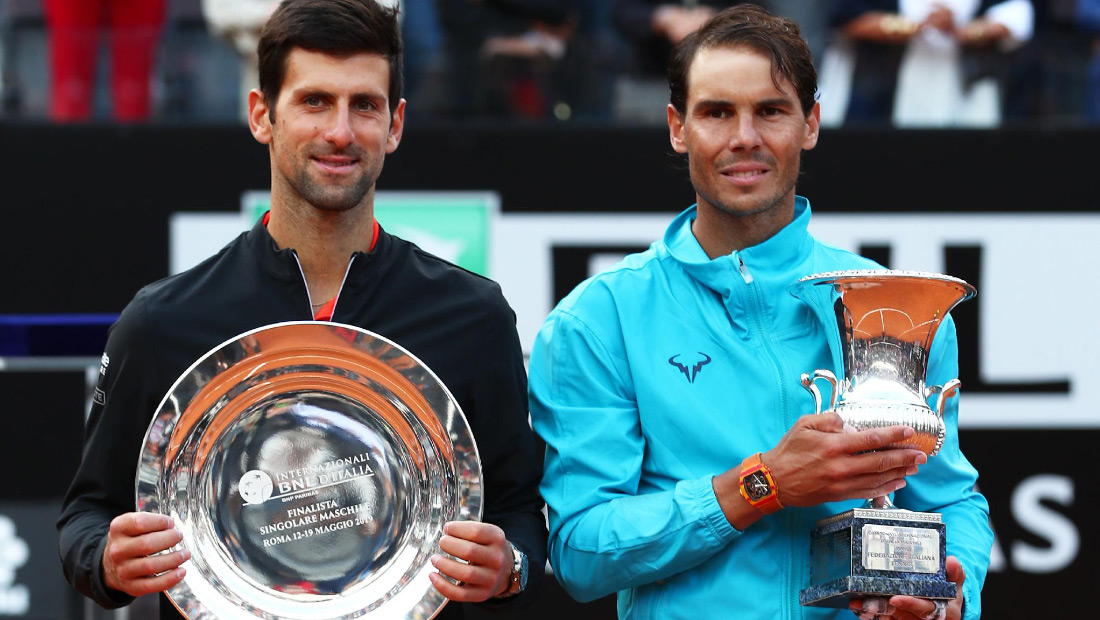 Novak heads to Paris with runner-up finish in Rome

Novak failed in attempt to win a record 34th ATP Masters 1000 crown. He finished runner-up at the Internazionali BNL d’Italia for the fifth time.

Second seed Rafael Nadal earned his 26th victory in 54 meetings with Nole, by winning 6-0, 4-6, 6-1 over the top seed and four-time former champion.

Novak appeared exhausted after spending more than five and a half hours on court in two tough three-setters against Juan Martin del Potro and Diego Schwartzman in the quarter-finals and semi-finals, respectively.

Nadal earned 17 break points in the championship battle, compared to Novak’s two opportunities, and that proved the difference, along with 22 more errors by Djokovic.

The Spaniard was the fresher man on Sunday afternoon. He took the lead at the Foro Italico, dictating play from the beginning to break three times in the opening set.

Novak began to play more aggressively, and with more intensity in the second set. After escaping a 0/40 deficit on his serve in the seventh game, the Serbian ace broke Rafa’s serve three games later to force a decider.

However, Novak allowed Nadal to seize control of the rallies early in the third set, and was broken three more times.

“I’m really glad that I managed to get into the third set, considering the first set where I was blown away from the court. Obviously third set was not much different from the first,” Djokovic said. “I was just running out of fuel a little bit today. Just kind of missed that half a step, especially on the backhand side. He used it very well. He’s been playing some terrific tennis throughout the entire week. He was just too strong today.”

It was his last tournament ahead of the second Grand Slam event of the year, the Roland Garros, taking place in Paris from May 26 to June 09.