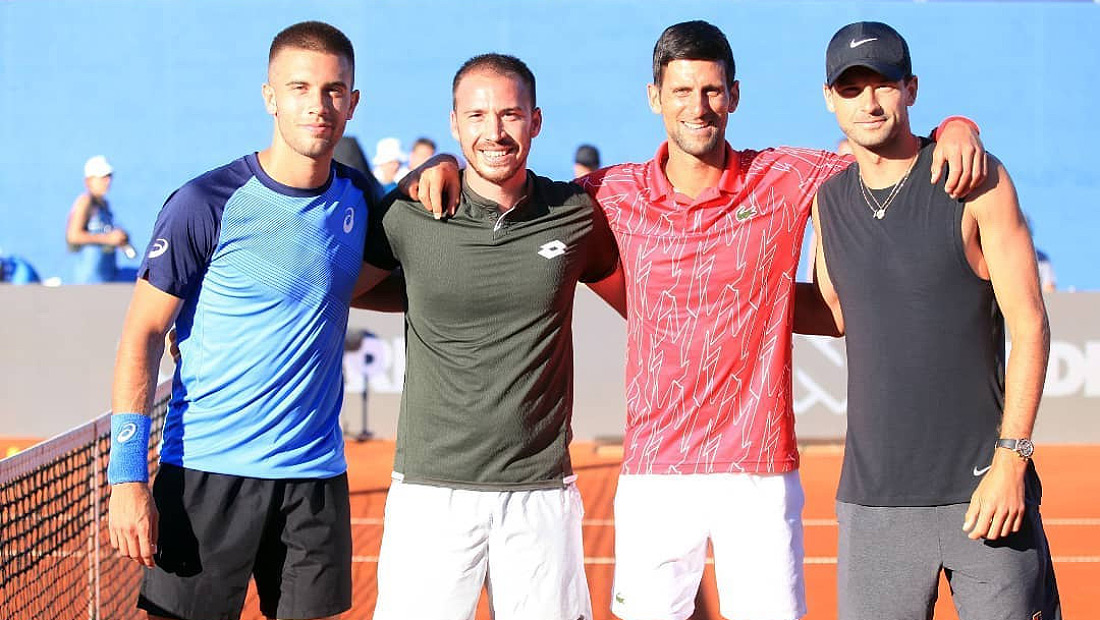 World no.1 Novak Djokovic defeated his compatriot Pedja Krstin in the third match of the Adria Tour in Zadar.

Novak was 1-3 down in the first set, and he also faced three set balls, but didn’t allow his opponent to grab the lead. It was decided in a tie-break where Djokovic triumphed 7-3.

Nole will play his second match tonight about 21:00 CET. His rival will be Borna Coric.