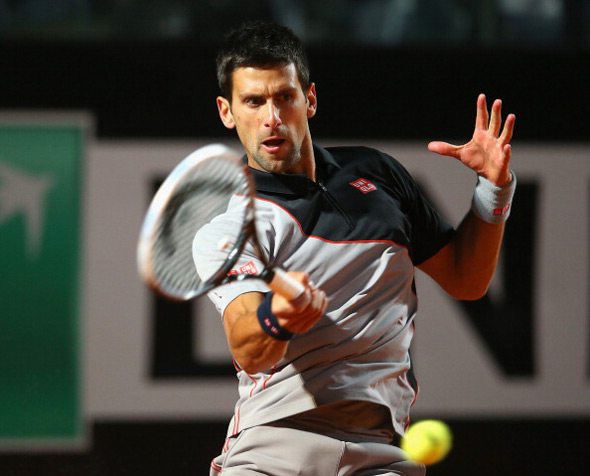 World no.2 Novak Djokovic rallied from a set down to beat Philipp Kohlschreiber 4-6, 6-2, 6-1 and reach his eighth quarter-final at the Internazionali BNL d’Italia in as many years.

The night session match at Centrale lasted one hour and 35 minutes.

After losing the opening set, the 2008 and 2011 champion came back strongly to take the second and third sets and improve his H2H record with the German to 4-1.

“I didn’t have many matches on clay, still trying to find the rhythm. Philipp is a great quality opponent. He’s a clay-court specialist. He troubled me a lot, especially in the first set, but I managed to regroup and play the second and third the way I wanted,” said Djokovic.

It will be the 17th career encounter between the two, Djokovic leads 11-5. The 26-year-old Belgrade native won their last five meetings. Ferrer has a better W/L record on clay, 3-1.

“We haven’t played on clay for a long time. I look forward to that, it’s a big challenge for me, to see where my game is,” Novak added.