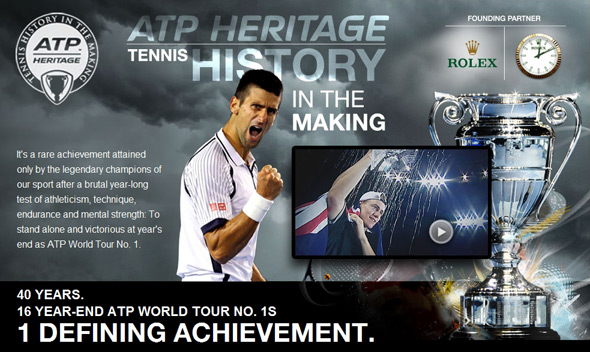 The ATP Heritage Programme has been launched today in Dubai by ATP Executive Chairman & President Brad Drewett, Novak Djokovic and Roger Federer, celebrating 40 years of the Emirates ATP Rankings and the rich history of the ATP World Tour.

It will serve as a platform through which the achievements of the world’s greatest players throughout the rich history of the ATP are showcased and celebrated.

“Much of the success of the ATP World Tour today is owed to the wonderful champions from our past. Our tradition and history is something of immense value to everyone in our sport and, in 2013, we reach an important 40-year milestone with the beginning of the rankings in 1973”, said Drewett. “The rankings formed the core foundations of the ATP over four decades ago and have become a true marker through which excellence is measured and greatness defined in men’s professional tennis.”

Novak, the two-time reigning ATP World Tour no.1, said: “Finishing the 2012 season as year-end No.1 for a second time was definitely one of my greatest achievements in my career so far. It’s a reward for all the physical and mental challenges you face throughout the whole season, one of the toughest achievements in sport. To know that only 16 players have achieved it in 40 years says everything. It’s a great feeling to be part of that elite group of players and I’ll do everything I can to try to finish as No.1 again in 2013.” 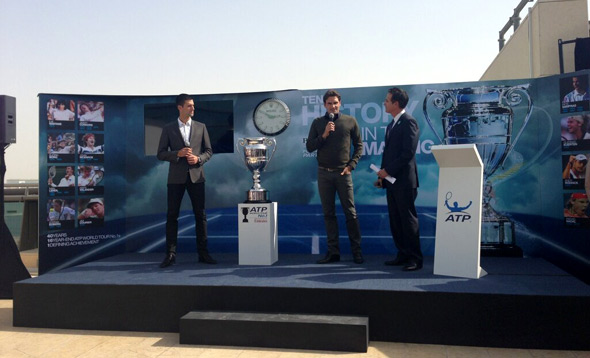 All the different elements of the campaign will be brought to life through a new section on the ATP World Tour website, launching today. Join the celebrations at: www.ATPWorldTour.com/Heritage.

To celebrate becoming the Official Airline of the ATP World Tour, as well as the new title sponsor of the ATP Rankings, Emirates offered fans the chance to get closer to tennis legends and organised an exclusive LIVE hangout with the current #1, Novak Djokovic, in a Google+ Hangout.

It was Emirates’ first Hangout and fans from around the world were able to view the event live on Emirates’ YouTube (www.youtube.com/emirates) and Google+ (www.google.com/+emirates) channel.