Davis Cup champions welcomed in front of the City Hall 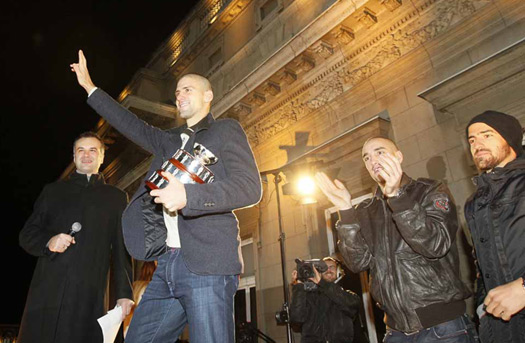 “I was here when I won tournaments, but now, with my friends from the national team, it is more important. This balcony is linked with Serbia’s greatest sporting successes and we deserve to be here. We have something that no team has: friendship both on the tennis court and in private and that contributes to winning this title,” said Nole.