Nole among favourites for Laureus World Sportsman of the Year Award! 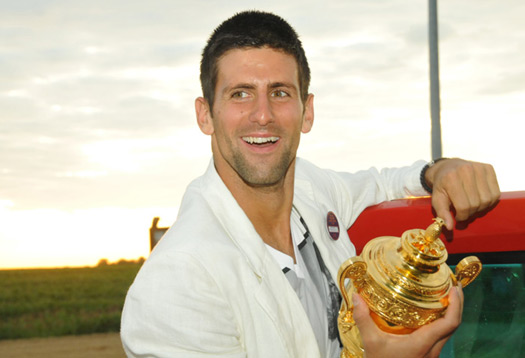 A spectacular year of sport has set up an exciting contest for the 2012 Laureus World Sportsman of the Year Award. Stars like world no.1 in tennis Novak Djokovic, Barcelona FC’s Lionel Messi and Formula 1 world champion Sebastian Vettel will be competing with a line-up of champions for sport’s most prestigious honour.

Nole became the dominant player in men’s tennis in 2011, winning three Grand Slam tournaments – the Australian Open, Wimbledon and the US Open – and taking over the world no.1 ranking on July 4.

The 2012 Awards Ceremony will be staged at Central Hall, Westminster, London, on February 6. It will be attended by the greatest names in sport, past and present, and broadcast to a worldwide TV audience. The winners are selected by the ultimate sports jury – the 47 members of the Laureus World Sports Academy, the living legends of sport honouring the greatest athletes of today.